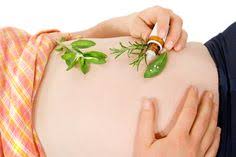 3 centuries ago, Western medicine was a foreign concept in India. Infertile couples would go to an ayurvedic or unani doctor, who would give them dietary advise, along with herbal medicines. Many would make the rounds of temples, in their search of a miracle.

Even today, many infertile couples still do not always go to a regular medical doctor, and many prefer the old ways of doing things - which ironically is called alternative medicine ( even though it's been around for much longer than modern Western medicine !)

Many people do not trust modern medical doctors, and will often take herbal supplements to treat whatever is wrong with them. Though alternative medicine is everywhere, a lot of IVF doctors are not always happy when patients search for alternatives. They feel the patient is being fooled by these primitive systems of healthcare.

Modern doctors spend many years in medical school, acquiring their degree. They then work hard at acquiring practical experience in a hospital, so they can get a license to practise medicine. IVF doctors study for as long as 10 years before they can hang out their shingle as IVF specialists.

Not only are they proud of their expertise and experience, they naturally want to guard their domain jealously. They feel threatened by alternative medicine doctors, who are often poorly trained, since they can acquire a degree in as little as 6 months. Many IVF doctors feel that these degrees are just a "license to kill" . They look down on these doctors as being quacks, who have no effective therapeutic interventions to offer because they lack any evidence to prove their efficacy.

Many medical doctors have a low opinion of alternative medicine. This is not something which makes any sense to them. Also, they often have a superiority complex, because only Western medicine has modern technology (such as vaginal ultrasound scans and endoscopy) at their disposal , to make an accurate diagnosis, based on which they can recommend the right course of treatment on a scientific basis. Alternative medicine practitioners do not have the same depth and breadth of training, and many doctors feel that these clinics are encroaching on their territory.

Many alternative medicine practitioners are equally happy to bad-mouth IVF. They scare their patients by telling them that IVF is "artificial" or that IVF babies are "weak" or abnormal. While some envy the high fees charged by IVF clinics, others genuinely believe that the holistic options which they offer have a higher success rate. They feel that IVF is like band aid therapy , and does not attempt to fix the underlying problems in the infertile couple.

We need to remember that many infertile couples will actively seek out alternative medicine options, even when doing IVF. These options are much less expensive - and they believe quite logically that even if they have not been proven to help, how could they cause any harm ? This is why they want to cover all possible bases and try them out, to ensure they have not left any stone unturned in their baby chase.

There are tons of anecdotal success stories of women who have conceived after taking a particular herbal concoction - and even if the scientific base of alternative medicine is not always strong, the marketing skills of these herbal doctors are often dazzling, since they are selling hope !

A Matter of Belief and Choice

Every infertile couple has to decide if they are going to go with IVF; or select the alternative medicine route . These are not mutually exclusive, and such complex decisions depend upon multiple factors, including levels of literacy; nationality ; cultural beliefs; and social background.

Rather than take a confrontational approach, patients would find it a lot easier if IVF doctors and alternative medicine practitioners could learn to work together for the wellbeing of the patient.