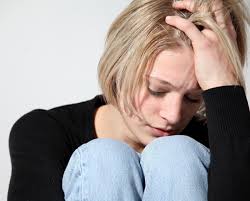 Anovulation (not ovulating) is one of the common reasons of infertility. Normally, one of the ovaries releases a single mature egg every month, and this is called ovulation. Egg maturation and ovulation is stimulated by two hormones secreted by the pituitary - follicle stimulating hormone (FSH) and luteinizing hormone (LH) .

Most women who have regular periods have ovulatory cycles. Women who fail to ovulate or who have abnormal ovulation usually have a disturbance of their menstrual pattern. This may take the form of:

Read more- Irregular cycles and infertility - is it PCOD or poor ovarian reserve ?

Many hormonal systems work together to produce regular menstrual periods, and the blood levels of the hormones that make up these systems need to be tested in order to determine the reason for the ovulatory disorders.

The FSH level gives a good idea of the number of eggs remaining in the ovaries. A high FSH level suggests that the ovary has either failed or has started to fail. If the FSH level is very high (in the menopausal range) then the diagnosis is ovarian failure. If the level is borderline, then some doctors will do a clomiphene stimulated FSH level, which allows for an earlier diagnosis of failing ovaries

This is the other gonadotropin hormone produced by the pituitary; and provides much the same information the FSH level does. Another useful test is the LH:FSH ratio which is normally 1:1. If, however, the LH level is much higher than the FSH level,this suggests a diagnosis of polycystic ovarian disease.

The AMH level  is a  reliable marker for ovarian function. Patients with poor ovarian reserve have low AMH levels.

Prolactin is a hormone produced by the pituitary gland that induces lactation or milk formation.. High prolactin levels (hyperprolactinemia) can interfere with ovulation . A milky discharge from the breast nipple , not related to pregnancy or nursing , is called galactorrhea, and this is a telltale symptom of high prolactin levels and needs to be investigated.

If the prolactin level is elevated, the doctor will need to recheck it to confirm it is persistently high. There are many reasons for an elevated prolactin level, including certain drugs as well as stress. In some women, the reason for a high prolactin level can be a small tumour in the pituitary gland. This is called a prolactinoma or microadenoma, and the doctor may advise you have an X-ray of the skull ( or even a CT scan or MRI scan) to rule out this possibility.

However, most infertile women with hyperprolactinemia can be easily treated with a medicine called bromocryptine, which is a dopamine agonist medication . Another medication which can be used to treat hyperprolactinemia is oral cabergoline, which is usually taken twice a week. Only if the pituitary tumour is very large ( microadenoma) is surgical removal needed, and this is very uncommon.

Ovarian failure is a disease in which the ovaries fail to produce eggs. This disease is uncommon, occurring in only about 10% of women whose periods do not occur at all, a condition called amenorrhea (absence of periods). Ovarian failure may be genetic (for example, in girls with Turner's syndrome, a chromosomal disorder) or may be acquired (for example, following radiation or chemotherapy for cancers; surgery to remove the ovaries for treating ovarian cancer or severe endometriosis; autoimmune ovarian failure; or for unexplained reasons.)

Ovarian failure is diagnosed by finding a high FSH level. In such patients it is usually not possible to stimulate ovulation and they have any eggs, and they suffer a premature menopause. The only effective medical treatment for these patients is the use of egg donation for IVF . However, in a very small proportion of these patients, ovulation can resume spontaneously.

What forms of treatments are available for inducing ovulation?

The most commonly prescribed medicines for induction of ovulation include:

Often ovulation induction requires an investment of time, money, energy and emotion before a satisfactory response is achieved. After all, every woman is different and there can be no standard "formulae". Careful monitoring of the response to ovulation induction is the key to therapy - and this usually involves daily ultrasound scans and/or blood tests.

It is often a tedious process - which may involve "trial and error" to tailor the therapy to the individual patient's ovulatory response. With the treatments available today, however, correcting ovulatory dysfunction is one of the most rewarding and successful of infertility treatments.