APHRODISIACS - Searching for the elixir of love 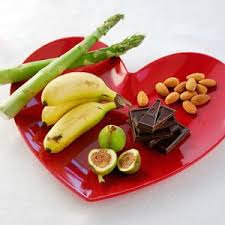 Just like the age-old search for the alchemist's mythical stone which would turn lead to gold, man has always longed to find a potent aphrodisiac. Named after Aphrodite, the Greek goddess of love, beauty, and fertility, aphrodisiacs are substances that elicit sexual desire, enhance sex drive and improve sexual "performance".

Since all these are such subjective measures, it's hardly surprising there is so much controversy about the efficacy of these products. Aphrodisiacs could be used either to enhance your own sexual drive; or that of your partner. Every infertile couple knows how stressful having timed "baby making sex " can be, so that an effective aphrodisiac would be a big boon !

Read more- Is Your IVF Treatment Reducing Your Libido?

The good news is that since the most important sexual organ is your brain, practically anything will work as an aphrodisiac if you are convinced that it is effective. Of course, a good night's sleep, time, privacy, and a turned-on partner can do the same thing as effectively - after all, if you are having sex with someone you love, you really don't need any further stimulation ! Unfortunately , researchers have still not been able to find a magic potion which you can use to seduce another person , but the search still goes on !

There are two main types of aphrodisiacs:

However, studying these scientifically has been extremely difficult. Most scientists have kept away from this field, leaving the way open for exploitation by quacks and so-called 'sexologists" .Most writings on the subject are little more than unscientific compilations of folklore, making it difficult to distinguish facts from myths.

Few substances have been scientifically evaluated until recently; and sadly most of these studies have been carried out on men, while women have been completely ignored. ( I guess this is because most men are happy to experiment with anything which may help them to get turned on, while women are more cautious !)

The placebo effect is a major scientific stumbling block which makes evaluating these products very difficult, because the mind is the most potent aphrodisiac there is. If you tell them it's an aphrodisiac, the hope of getting a sexual response might actually cause them to get it ! However, experimenting with aphrodisiacs can be fun, so give it your best shot - after all, you are your own expert in this field !

So what can you start with ? Many preparations from plants and animals with reputed aphrodisiac properties have been recorded throughout history. Many ancient people believed in the so-called "law of similarity," reasoning that an object resembling genitalia may possess sexual powers:

Indeed, many commercially available preparations which claim to be aphrodisiacs can be dangerous. In Asia, for example, a number of people have suffered severe poisoning after taking herbal formulations containing mercury and arsenic complexes to enhance sexual performance, so beware !

What about alcohol or mind-altering drugs such as ecstasy ? Alcohol, marijuana, cocaine, amphetamines, and barbiturates help reduce inhibitions and produce pleasurable feelings that could lead one to feel sexually stimulated. However, instead of this intended outcome, decreased sexual response could occur, often when taking larger amounts, or from long-term usage. Alcohol is actually a depressant, and so, as Shakespeare observed, it "provokes the desire, but it takes away the performance."

The recent introduction of Viagra has helped to revolutionize this field of research into aphrodisiacs. Since Viagra became a billion dollar blockbuster, pharmaceutical companies now realize that this area is a potential gold mine, and are willing to invest millions in developing new lifestyle enhancing drugs , which can improve sexual performance. However, Viagra is not an aphrodisiac.

While it helps to enhance erection by improving blood flow, it does not create sexual desire. Even worse, it does not seem to work well on women. In a way, this is hardly surprising, because female sexual desire is such a complex area, which is affected by so many variable, many of which are practically impossible to analyse or study.

What is an Ideal Aphrodisiac ?

The ideal aphrodisiac would be one which is cheap; easily available; safe; retains activity when used repeatedly; and effective for both men and women. Current trends indicate that psychopharmacological agents - compounds that stimulate both mind and body - will be useful in the future.

Read more- Too tired to have sex ?
Previous
Next
Authored by : Dr Aniruddha Malpani, MD and reviewed by Dr Anjali Malpani.