Are you Considering Aphrodisiacs? 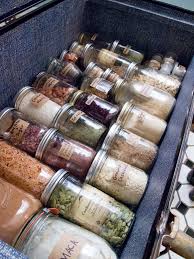 Even the most virile men sometimes feel that they aren’t really at their best in the bedroom. With the fast-paced, stressed lives that people today lead, it’s common for men and women, to feel that their sex drive is on a downhill path; and most of them go berserk thinking about it. This is when they start looking for an aphrodisiac that will help them get their act back on track, so to say!

In fact, it’s not uncommon to see men with no problems in this area, also looking for that potent elixir (that is a metaphor), that will enhance their sex drive and improve their “performance” in bed. In the case of infertile couples, the stress levels are even higher and “baby making sex” is a make-or-break situation; this doesn’t really help them to be at their lovemaking best. For these couples, an effective aphrodisiac can actually be a boon!

It’s interesting to note that in most cases, if a person is convinced that a particular aphrodisiac is effective, it might actually help him. It’s equally true that a good night’s sleep, privacy, the time to have sex, and a partner who is also turned-on can do the very same thing, as effectively.

There are 2 main types of aphrodisiacs:

Though these exist, it hasn’t been a cakewalk to study these in a scientific manner. Its largely the so-called 'sexologists" and quacks who delve into this field and most information  that is available on the subject is largely just  unscientific writing, which makes it even more difficult to distinguish facts  from myths.

The placebo effect becomes a major scientific hurdle that makes the evaluation of these products very difficult. This is because there is no aphrodisiac more potent than the mind, if you tell them that what they are taking is an aphrodisiac, their very belief can actually help them get sexually aroused. However, experimenting with aphrodisiacs can be fun, and you can have some fun with those and conduct a bit of your own research.

The Different Aphrodisiacs that people use

Many people wonder what they should start with. Right through history, there are a number of preparations from plants and animals that have “proven?” aphrodisiac properties. Many ancient people believed that an object that resembled genitalia may possess sexual powers; these are the ones that top the list:

None of these have been scientifically-proven to have the properties to enhance sexual ability and many are also proven to have harmful effects.

There are some more aphrodisiacs, most of which help reduce inhibitions and alter the mind, such as:

Though all of these help reduce inhibitions and produce pleasurable feelings that can make a person feel sexually stimulated; if they are taken in excess or used over a long-term they can in actually reduce sexual response

Viagra has helped revolutionize the manner in which research was carried out in aphrodisiacs. Since the time it was launched, it became a total hit and pharma companies consider it to be no less than a gold mine. They are more than willing to invest millions in R&D of new lifestyle-enhancing drugs that can improve sexual performance. It’s important to understand that Viagra isn’t an aphrodisiac. It enhances erection by improving the blood flow, but cannot create sexual desire and of course its effect on women is dismal.

Ideally, the best aphrodisiac would be one that is easily accessible, cheap and retains activity even if it is used repeatedly, and it should be effective for men and women. Current trends indicate that psychopharmacological agents (compounds that stimulate both mind and body), will prove to be useful in the future.

Read more- Too tired to have sex ?