Why are we scared of cloning ? 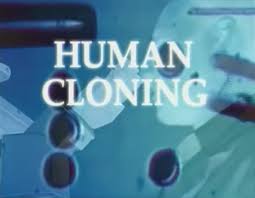 Human cloning has now become a "hot" topic on cocktail party circuits, and many people find the possibility of making carbon copies of themselves amusing. However, the issue also makes many people very uncomfortable, and the ethics of cloning has generated considerable controversy in many circles.

The knee jerk reaction from many people is that it's wrong, because scientists are now trying to play God. Many of these tired old arguments were presented when IVF (In Vitro Fertilization) was first introduced too , over 20 years ago, and we need to look at them critically. Critics believe that reproductive biologists are "tampering with nature" when performing cloning. Man started tampering with nature the moment he started wearing clothes and living in houses too !

After all, living in an airconditioned room is completely unnatural - but this does not make it wrong or undesirable ! Man first learnt to manipulate physical tools such as fire , water and earth - and he has then progressed on to manipulating biological tools , which is why agricultural , pharmaceutical and medical sciences have made so much progress in the last few decades. The last frontier left to explore is Man himself, so why are we so reluctant to do so ?

Read more- The Los Angeles Times. A Girl or a Boy, You Pick

Isn't this likely to lead to mayhem, the critics cry ? What about the risks and unforeseen complications this may lead to ? Every action has risks - but not exploring it responsibly may have even greater risks ! We cannot afford to shy away from this field , and banning research is never an effective solution . Not only does this prevent the best brains from exploring this topic, it also drives a lot of potentially valuable research underground.

We should take pride in human curiosity and intelligence. Every teacher hopes that his students will excel , and good teachers take special pride in students who have surpassed their own teachers. Just like we design computers so that they can develop programs which our brains cannot develop on their own, God himself would be proud of Man if we could make a better Man than God has made.

I am sure God would not want us to be limited by self-imposed constraints - any good teacher gives his students freedom to explore and experiment ! Is there any reason to fear that we will not be able to use this knowledge intelligently ? Not at all. Secrets exist , so they can be deciphered - and there is no reason to treat any field as being "out of bounds". Let's not insult the human capacity to understand and make good use of scientific exploration.

We need to remember that scientists are not irresponsible Dr Frankensteins. They are highly educated, responsible citizens with years of training. What about the need to " protect the human embryo" ? Let's not forget that we legally allow women to abort a 12 week fetus , because we respect the woman's right over her own body. If you trust illiterate women to make sensible decisions regarding their fetuses, then why not trust educated scientists to make responsible decisions about how they will respect human embryos ?

The next exciting scientific frontier is the field of reprogenetics . Just like man needs to explore outer Space, he needs to explore himself as well. Will we make mistakes ? Perhaps. But not allowing scientists to make these mistakes would perhaps be the greatest mistake of all ! The thalidomide tragedy crippled thousands of babies - but also taught us a lot about how birth defects are caused, and this knowledge has now been put to good use to prevent millions of birth defects.

"Fear of the unknown is the worst of all the fears; it kills the creative powers that come from Curiosity." Rather than be scared of cloning, let us explore this exciting new field and trust that God will guide us , when we explore His ultimate creation - Man himself !

Human cloning has now become a "hot" topic on cocktail party circuits, and many people find the possibility of making carbon copies of themselves amusing. However, the issue also makes many people very uncomfortable, and the ethics of cloning has generated considerable controversy in many circles.