How to protect yourself from harmful infertility treatments 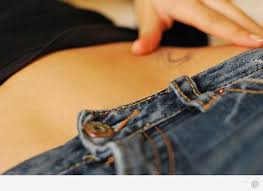 The reason for this is that infertility is a complex area, and there is still a lot of confusion about the best treatment option for many common problems even amongst doctors . When doctors disagree amongst themselves, how is a patient to make sense of all the options ?

Most doctors take pride in their own personal experience , and trust their own clinical judgment. They prefer doing treatments which have worked in their hands, and this causes them to become biased. Even though there is no proof that the treatments are actually helpful, they remember patients who conceived after taking that treatment.

This is called "anecdotal " experience, and create a bias in each individual doctor's mind. Few doctors are broad minded enough to study the scientific literature critically, and few have the objectivity to practice evidence-based medicine.

It's easy to get "fooled by randomness" in infertility medicine, because there are so many variables, and many patients will get pregnant even inspite of the doctor's "treatment" ! Of course, the doctor will take credit for the pregnancy - and patients too are quite happy to share the credit with their doctor.

Read more- Bad IVF doctors and how to protect yourself

The best way to explain this bias is to consider the example of a doctor who has performed varicocele surgery for 10 men with a low sperm count. Of these, only one succeeds in getting his wife pregnant. ( This success was not because the surgery helped, but because his sperm count was not really low in the first place, since it was done at an unreliable laboratory).

This means that the pregnancy rate for varicocele surgery in this doctor's hand is only 10%, and he should his advise his patients accordingly. However, in real life, what happens is that the other nine patients who fail to conceive get fed up , and change their doctor.

They are "lost to follow-up", and the doctor only remembers the one patient who did get his wife pregnant ( since he comes back with a big smile and a box of chocolates !) Therefore, he continues to imagine that pregnancy rates after varicocele surgery in "his clinical experience" are very high.

The second way doctors often delude themselves ( and their patients) is that even if their patients don't get pregnant after the surgery, they still feel the surgery was justified because the sperm count increased. Thus, they use an increase in the sperm count as a "surrogate marker" for success in gauging the effectiveness of their infertility treatment.

However, since it's well known that sperm counts fluctuate considerably in any case, it's hard to credit the surgery with the increase in the sperm count. Also, men don't want an increased sperm count - they want a baby, and from the couple's point of view, the surgery is still a failure ( even though the sperm count did increase !)

The other complicating factor in assessing the effectiveness of a treatment is the gullibility of patients, and their desperation. Infertile couples are so happy to clutch at straws, that they are willing to pursue any path which offers a glimmer of hope. Here's a list of what we feel are dangerous treatments of which patients should beware !

Even if you read the Proxeed website, all they claim is that Proxeed improves "sperm health" ( whatever that means !) and that their clinical trials only show an increase in sperm count and motility. If you want "healthier sperm" , or an increase in your sperm count, then go ahead and take these, but if you want a baby, then they are just a waste of time and money
Read more- Low Sperm Count : Causes & Treatment
The only fibroids which need to be removed are submucous fibroids, and these can be removed by doing an operative hysteroscopy. Think many times before agreeing for myomectomy surgery if you are infertile. You may get your fibroids removed, but you may also end up with adhesions, which will reduce your fertility even further ! Often, getting a second opinion also does not help, because even the next surgeon may still advise surgical removal - after all, surgeons are happiest when doing surgery !
Sooner or later, she will fall into the hands of an unscrupulous doctor who agrees with her, and offers to remove the cyst with "minimally invasive surgery". The vast majority of ovarian cysts are of no clinical importance, and do not need to be touched. They usually regress on their own, and rarely affect fertility. However, unnecessary surgery to remove a cyst will often cause infertility, because normal ovarian tissue is also removed at the time of the cyst removal. No surgery is far less invasive than "minimally invasive surgery".
For every patient who has a healthy baby after taking IVIg after suffering three miscarriages (and who is considered to be a shining example of the success of immune therapy) , there are at least another five patients who go on to have a healthy baby after three miscarriages, with the help of only TLC - tender loving care
Read more- Why massage techniques to remove adhesions are all rubbish
A Wasteful Exercise

Not only do all these treatments waste time, money and energy, they also cause patients to get fed up and frustrated, so that they end up losing confidence in doctors - and in themselves ! The worst kind of hope is false hope - and these treatment offer unsuspecting patients just that, and nothing else. The only antidote against this is information and education, so you can protect yourself from such harmful treatments.

Some of the treatments recommended for infertility can do more harm than good. It's important that  you opt for treatments only after  conducting a certain amount of  research.