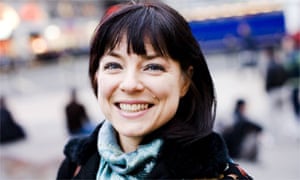 At the end of last year, Ekaterina Aleksandrova boarded a plane in London and flew to Mumbai. It wasn't her first trip there - she is a management consultant and often goes abroad on business. But this time she went to have embryos transferred in her womb. A couple of days later she flew back to Europe. While on business in Hong Kong in January, she discovered she was pregnant with just one embryo.

For Aleksandrova, 42, this was the culmination of a six-year struggle to become a mother. She divorced at 29, and hadn't been in a serious relationship since she was 34. "I always wanted to have a child but the men kept saying, 'Why don't we travel?'" she says. "It wasn't that I was obsessed with my career, I just couldn't get men to be a father."
You can read the rest of Ekaterina's story athttps://www.theguardian.com/lifeandstyle/2008/jul/30/familyandrelationships.healthandwellbeing
Previous
Next
Authored by : Dr Aniruddha Malpani, MD and reviewed by Dr Anjali Malpani.