Pregnancy in a man with Globozoospermia 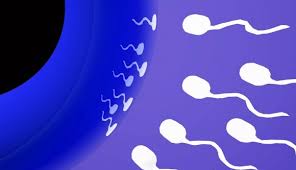 A man was diagnosed with globozoospermia with normal sperm count and motility. We performed ICSI with assisted oocyte activation using a calcium ionophore.

Here's a case study of a very challenging patient we treated recently. This man was diagnosed with globozoospermia with normal sperm count and motility. Repeated semen analyses showed 100 % sperms with absent acrosome. 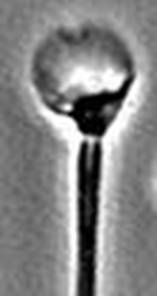 He had had an earlier ICSI treatment cycle in another clinic which had failed. Unfortunately, no treatment details were available, as the medical details of the treatment performed had not been well documented.

The principal cause of fertilization failure after human ICSI ( in a good lab) is a deficiency in the oocyte activation mechanism. Oocyte activation typically occurs immediately following sperm-oocyte fusion and the master key to initiate these changes in fertilized oocytes is a calcium influx into the oocyte.

The sperm factor phospholipase C zeta (PLCz) ,which is normally found in the acrosome, is considered to be the agent responsible for these calcium oscillations. If this is absent ( as in men with globozoospermia), then assisted oocyte activation needs to achieved by alternative means, such as by using a calcium ionophore ( as described below).

1st Cycle
This was a routine ICSI cycle. When the follicles were mature, 10000 IU OF HCG was given. 11 eggs were retrieved of which 6 eggs were mature and 5 were immature.

ICSI was performed on 6 (MII eggs) and 2 (MI) eggs. The sperms were selected at higher magnification to ensure we selected sperm whose heads were somewhat conical. To our dismay, none of the eggs fertilised when checked the next day.

We concluded that the oocytes had failed to ferilise as oocyte activation didn't occur due to absent acrosomes. The patient was very upset, but he was very intelligent and did his own research .

When we suggested to him that rather than use donor sperm, we would perform ICSI with assisted oocyte activation using a calcium ionophore, he agreed. We explained that we had never done this before, but there was enough medical research to suggest that this was a sensible option to explore in his case. He agreed and we proceeded with the treatment.

2nd Cycle
The wife was superovulated and when the follicles were mature, 10000 IU of HCG was given, and 11 eggs were recovered by ultrasound guided vaginal egg collection. Of these , 7 eggs were mature
( metaphase II) , 2 were partially mature (metaphase I) and 2 were immature (GV).

Fertilisation check was done 16 hours post ICSI which showed 2 Pronuclei in 2 eggs while the other eggs remained unfertilised.

Both the Day 1 embryos divided well and 2 4-cell grade A embryo were transferred on day 2.

Her pregnancy test (beta HCG) was positive and she has a healthy ongoing twin pregnancy.

Read more- Success story for a man with globozoospermia