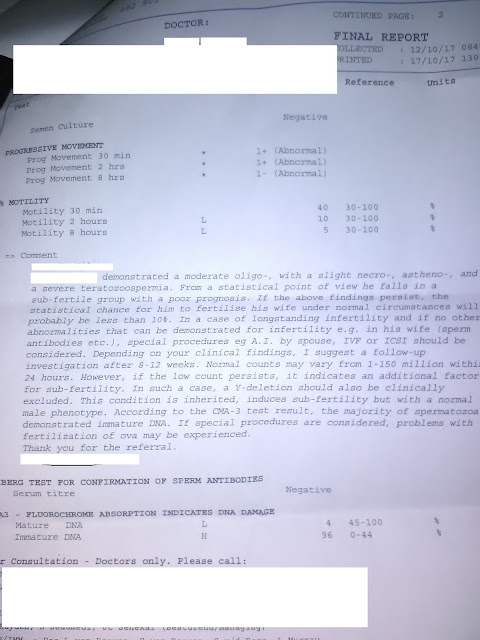 A patient just sent me his sperm test report, and he was feeling very guilty that he had not been able to get his wife pregnant, because his report was so abnormal !

This is a great example of a bad report, because the doctor is providing a clinical opinion based on a lab report - something which a good pathologist will never do ! After all, interpreting the report and explaining it to the patient is the clinician's job !

Sadly, most gynecologists are completely clueless when it comes to making sense of a semen analysis report, and they also get confused with all the medical jargon this pathologist has stuffed his report with. All he has done is scare the poor patient !

He has also smartly suggested to the doctor that he should order additional expensive tests - which he is happy to do - at an additional charge, of course !

The fact that he says that normal counts can vary from 1 - 150 million means he is badly informed. However, because this is such an impressive report, both the referring doctor and the poor patient will get fooled.