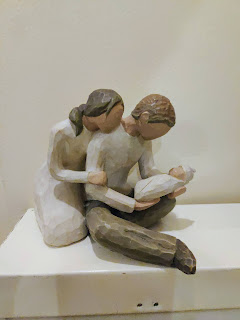 One of the problems of being infertile because oferectile dysfunction ( impotence)is that these men cant stop thinking of themselves as failures . They can't even do such a simple thing like making a baby in their bedroom - something which millions of men have been doing since time immemorial !

The problem is compounded by the fact that their wife will often blame herself. She will feel that her husband does not find her sexually attractive, which is why he is not able to get an erection when have sex with her.

This can be hard to come to terms with - specially for many young successful professional men who are so used to getting everything they want in life. They are smart; they do well in exams; they get the job which they want ; and marry the wife they want to. Then when they find that they can't get their wife pregnant because they aren't able to have sex with her, their self-esteem takes a big toss , and they start wondering whether they are good for anything at all.

This actually makes a bad problem worse, and becomes a self-fulfilling negative vicious cycle. Since the commonest reason for the situational erectile dysfunction is psychological, this gets worse over time.

It's the elephant in the room, which neither partner is willing to bring up, because it's such a touchy and sensitive issue.

This can create an existential crisis, because this is the firsttime in their life they are being forced to come to terms with their own biological frailty that not everything is in their control.

One option is to seek medical assistance, but this is expensive and time consuming - and extremely embarrassingas well !

The good news is that theMalpani Baby Making Kitnow gives them back control, so they can resolve this problem for themselves, in the privacy and comfort of their own bedroom