How Soon Before I Run Out of Eggs When I do IVF? 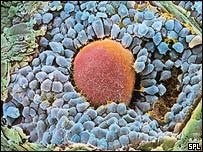 Most patients have a number of questions about the IVF treatment and one of their main concerns is that they will run out of eggs. But this is more of a fear than a fact. Read on to get a better understanding of what happens during IVF and about how this fear of running out of eggs is more of a fear and nothing more than that. I recently got an email from one of my patients in which she asked “How many unsuccessful IVF attempts does a person like me go through before AMH levels get impacted and early menopause sets in?”

This wasn’t something I hadn’t heard before; in fact, many of my patients have this concern. The IVF treatment involves pumping hormones into the body to boost the production of eggs. This is why patients feel that when they pump their body with these hormones, it will have a negative impact, regardless of what medical studies indicate. This fear is very real and is one that isn’t articulated often.

The fact is that no matter how fearful you are of the fact that all your eggs will get used up in the IVF process, it can’t cause you to have an early menopause. Here are some facts that will help you understand this in a better way:

many of them will blame their IVF cycles for this - but the fact is that they would have had an early menopause, whether or not they had done IVF ! "