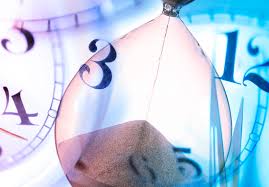 What is Inhibin B?

Inhibin B is a protein hormone produced by the granulosa cells in the ovarian follicles. As the name suggests, its role is to inhibit the production of FSH ( follicle stimulating hormone), which is produced by the pituitary and stimulates follicular growth. Because Inhibin B is produced directly by ovarian follicles, the amount of Inhibin B in your blood directly correlates with the number of eggs left in your ovaries. The higher your inhibin level, the better your ovarian reserve. Levels of Inhibin B decrease with age, as your ovarian reserve gets depleted.

What is the Day 3 Inhibin B Test?

The Day 3 Inhibin B test is a simple blood test that measures the amount of Inhibin B in your blood. It is performed on Day 3 of your menstrual cycle.

Inhibin levels can be used for

The other tests to check ovarian reserve include checking your AMH levels.

However, these are new and expensive tests, and is still not easily available. This is why the gold standard for ovarian reserve testing is still the Day 3 FSH level.