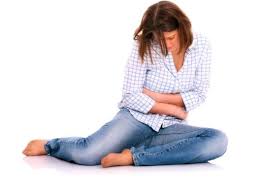 I just saw a young woman who was sobbing as if her heart would break. She had irregular cycles for many years, and I had just informed her that the reason for her irregular cycles was the fact that her egg quality was very poor, and that the only way she could have a baby was by using donor eggs.

She was very upset - and was actually quite angry with me ! She had been going to a gynecologist for the last 3 years in order to try to have a baby. He had diagnosed her as having PCOD ( polycystic ovarian disease) and had told her that this was the reason for her irregular cycles. She was given Duphaston every month to induce a cycle - and had even had 2 IUI cycles done.

On reviewing her records, I pointed out to her that her FSH level on more than 2 occasions had been very high - and this confirmed the diagnosis of ovarian failure. Now she was angry with her gynecologist ! Why hadn't he made the right diagnosis ? How could he miss the significance of the high FSH level?

It was not until she came to me for a second opinion did she realise that her high FSH meant she had entered the oopause. She was very bitter, because she had always been very worried about her irregular cycles. However, her gynec had always reassured her, saying - " Don't worry - you are young ! Your eggs are fine !"

It's important to differentiate between calendar age and ovarian age - and not all young women will have young ovaries ! Unfortunately, for many of these women, the diagnosis is not made in time. The eye only sees what the mind knows, and many gynecs do not even consider the possibility of premature ovarian failure when treating young women, because the majority of their patients are fertile !

It's even worse when they are misdiagnosed as having PCOD. The reason her periods were irregular is because she did not ovulate. This is called anovulation. Now while it is true that the commonest cause for anovulation is PCOD, the other common diagnosis which needs to be ruled out is premature ovarian failure. The high FSH level should have allowed the gynec to make the right diagnosis! When patients have irregular periods, we advise them to do the following tests.Blood tests for the following reproductive hormones:

Patients with PCOD have high AMH levels; high LH levels; and a normal FSH levels. Patients with ovarian failure, on the other hand, have high FSH levels and low AMH levels.This diagnosis can be confirmed by doing a vaginal ultrasound scan which checks for ovarian volume and antral follicle count.

Some doctors will do an ovarian drilling for these patients - and this destruction of their normal ovarian tissue will cause them to have iatrogenic ( produced by a physician) premature ovarian failure !

Conversely, we also to see patients with PCOD who have done IVF and have been told by their doctors that they have poor ovarian reserve, because the doctor did not do a good job superovulating them ! It's a pleasure to treat these patients, because with the right superovulation, they have very high pregnancy rates !

If you are unsure of your diagnosis, the single most important test you can do is to check your AMH level. This is a reliable test - and makes it very easy to differentiate between PCOD and oopause !

Read more- How to manage your PCOD - A guide for infertile women
Previous
Next
Authored by : Dr Aniruddha Malpani, MD and reviewed by Dr Anjali Malpani.