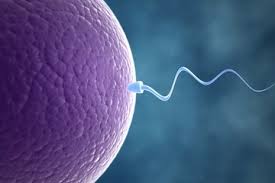 IVF with ICSI is the same as the standard IVF procedure, but with a small difference. In the case of the ICSI procedure used in IVF, the egg and sperm are not allowed to mix naturally; instead, a single sperm is taken in a special hollow needle and injected into one mature egg to fertilize it. The ICSI procedure is used in IVF cases where the male partner's sperm count is very low or in case previous attempts at fertilization of the eggs have failed in earlier IVF cycles.

In most of the clinics, such as at Malpani Infertility Clinic, the ICSI procedure is only used only if it is absolutely necessary. This is because in most cases, the normal way of fertilizing the egg offers better quality embryos. However, the benefit of IVF with ICSI is that even those with a low count of sperm can attempt fertilizing an egg.

Is IVF with ICSI For You?

If you are wondering whether to opt for IVF with ICSI and whether it is the right option in your case, there are some facts should be aware of:

If you have made previous attempts at IVF and failed, ICSI could be a good option to make another attempt. There are many cases where the male partner has already gone through vasectomy and his sperms have been collected. In such cases, the ICSI procedure can be used for fertilizing the egg with these sperms.
Read IVF Vs ICSI- Which one is Better?

If you are one of those couples, are not interested in a donor insemination and have a low sperm count problem, this could be the ideal answer. Some men may not be able to ejaculate any sperm, but these can be collected directky from the testicles and used for fertilization. Even if the man has problems with ejaculation or with an erection due to problems such as diabetes or spinal cord problems, ICSI can offer a good alternative.

Read More about the ICSI Procedure

In case of IVF with ICSI, a single sperm is injected into the egg to fertilize it, and the embryos created are transferred into the womb. The rest of the IVF procedure remains the same.