Making sense of your IVF medications 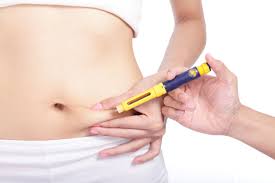 Most patients get hopelessly confused with the medications their doctor uses for their IVF treatment , because there are so many different treatment protocols available. This article will help you understand what meds your doctor uses for your treatment; and why! Patients have a number of questions when it comes to their IVF meds, such as:

Why the problem occurs

Part of the problem is that doctors very rarely bother to explain the biological basis behind their treatment protocols. Even worse, most patients do not take the time to understand the rationale behind these meds. They assume that their doctor knows what he is doing, so why should they meddle in this medical nitty-gritty? They also doubt their ability to be able to understand most of the science behind it, because they feel it's too complex and will go over their heads!

Please do not make this error - please don't underestimate your intelligence. It's not very hard to figure out what's happening if you just understand these 2 basic principles .

That's all the various cocktail of IVF meds do-simple, isn't it? So why does it all seem so complex? For one thing, there are many different brands of meds available, so this complicates things. Secondly, there are many ways of skinning a cat, and many doctors will stick to a protocol which works for them.

The reason we need to superovulate is because we need more eggs to get more embryos, to help maximise your chances of success. This step is called superovulation and relies primarily on gonadotropin injections. These injectibles are called menotropins - and these maybe urinary products ( such as Menogon or Repronex) , or recombinant gonadotropins ( such as Follistim or Gonal-F). They all contain FSH ( with or without the other gonadotropin, LH) . They all act exactly in the same way - they stimulate the follicles in your ovaries to grow.

The key decision the doctor needs to make about these drugs is what dosage to use for each patient. This is individualised, based on your age; ovarian reserve; and past history. Choosing the right dose is a combination of skill, experience, art and science! This is why the doctor carefully monitors your response to the gonadotropins, so that he can modify it as needed.

Superovulation usually starts on Day 2 or 3. The reason for this is simple. This is because the body starts selecting which follicles will start to grow each month from Day 1 - 3 of each menstrual cycle. This is called the phase of follicular recruitment, at which time about 30-40 resting follicles are selected for growth. In the natural cycle, this is a result of a boost in the production of FSH (=follicle stimulating hormone) by the pituitary. The gondaotropin injections we use for superovulation contain exactly the same FSH.

Of the selected follicles, only one becomes mature or dominant, while the other recruited follicles are destined to die naturally every cycle, in a process is called atresia. The gondaotropins injectibles allow the doctor to rescue these follicles, so that they do not die, but continue to grow. This is why IVF meds are safe and will not cause you to run out of eggs or become menopausal early- they just help us to save follicles which would have died anyways.

Interestingly, with the move towards single embryo transfer ( SET ), some clinics today do not use these injections at all! They use gentler stimulation protocols with ovulation induction drugs such as clomid; while others use a natural cycle, and do IVF with only a single egg. While this does work, the success rate with "mini-IVF " is lesser, because there are fewer eggs.

Ovulation induction drugs such as clomid or letrozole act in exactly the same way, by pushing your own pituitary to produce more FSH. Thei major benefit is that they can be taken orally; and are much less expensive. However, they are less powerful, and help you to grow fewer mature eggs.

That sounds simple enough. All the doctor needs to do is: inject gonadotropins from Day 1 ( or 2 or 3); grow lots of follicles; and collect the eggs from the follicles when they are mature ! So what's the big deal? The key is that egg collection needs to be timed precisely, so that we can retrieve many mature eggs from mature follicles. We don't want to go in too early and get immature eggs, which will not fertilise. Neither do we want to wait too long and allow the follicles to rupture. This is where the downregulation meds come into play !

In a natural cycle, when the follicle is mature, it will send a signal in the form of a surge in the levels of the LH ( luteinising hormone) to the pituitary to trigger off ovulation. We do not want this natural LH surge to occur when we are doing IVF, as this will mess up our plans. This is why we need to switch the pituitary off, to prevent it from producing its own FSH and LH. This is called downregulation.

Suppressing the pituitary stops it from producing LH, thus preventing both spontaneous follicular rupture (which would lead to the loss of the eggs prior to the timed egg retrieval); as well as premature luteinisation (which spoils the quality of the retrieved eggs).

Many patients get confused. If you need FSH and LH to grow eggs, then why should these be switched off at all? Why not allow the body to produce them as well? This is because we want to take over complete control of egg production in an IVF cycle, and do not want to the body to produce a natural LH surge, as this will interfere with the scheduled egg retrieval ( which should never occur on a Sunday for example)

Please remember that downregulation acts only on the pituitary- it has no effect on the ovaries. These meds will not suppress the ovarian production of follicles and they do not switch your ovary off- they only switch the pituitary off. They do not affect ovarian response to the gonadotropin injectibles used during IVF. Sadly, many patients who have a poor ovarian response believe that this happened because they were " over-suppressed with the downregulation.

This is not true. Conceptually, think of these as being two separate compartments; and we need to achieve both pituitary downregulation and ovarian superovulation to achieve our goal of recovering many mature eggs from your ovaries. Traditionally, pituitary downregulation used medications called GnRH agonists . When given for a period of a week or so, these suppressed the pituitary and stopped it from producing FSH or LH, thus effectively preventing the possibility of a natural LH surge!

It was the introduction of these GnRH agonists which allowed doctors to schedule IVF egg retrievals so precisely, that they no longer needed to work on Sundays! (There was a medical article published many years ago, documenting this in a leading medical journal called the Lancet, titled Never on a Sunday - doctors do have a sense of humour)

Since the agonists needed about 1 week to switch the pituitary off, this downregulation could be started on Day 1. This is called the short protocol. Other doctors prefer starting the agonists from one week before Day 1 ( Day -7 or Day 21 of the prior cycle ). This is called the long protocol. Agonists include Buserelin and Lupron and can be administered in the form of a depot shot ( for the long protocol); or daily sc injections or nasal sprays.

Since the agonists took so long to achieve downregulation, scientists came up with new molecules called GnRH antagonists, which achieved nearly instantaneous pituitary suppression. Since these allow the doctor to switch off the pituitary very quickly, their major benefit is that they need to be given only after the follicles have started to mature - after Day 7. This means the patient needs to take fewer shots to achieve successful downregulation.

However, the efficacy of both the agonists and the antagonists at achieving downregulation is exactly the same- and the antagonists are much more expensive. Please also note that neither of them has an effect on superovulation at all - they only stop the LH surge, that's all.
So that wasn't too hard was it ? Seems to be a simple recipe, right ?

About the HCG trigger shot

Yes, these are the basics, but women are slightly more complex than that. There's just one more step we need to achieve before we get mature eggs from the follicles, and this involves the HCG trigger shot. Let's look at this now:

About the single shot GnRH agonist

Today, when many doctors use GnRH antagonists for downregulation, we have also started triggering off ovulation by using a single shot of the GnRH agonist prior to egg collection, instead of using HCG. This GnRH agonist induces a natural LH surge for inducing final follicular maturation for egg collection, and is as safe and effective as the traditional HCG trigger. However, it can only be used in those cycle where downregulation has been achieved by antagonists. So now the protocol is finally complete.

Not too hard, was it? There will be some additional meds doctors will use during your IVF treatment, such as folic acid, low dose heparin, steroids, and so on, but these are usually just ancillary medications, which play only a minimal supporting role. After the embryo transfer, the doctor will start luteal phase support with estrogen and progesterone, but that's information I'll leave for another post!