Listen to your patients. They will tell you what is wrong with them 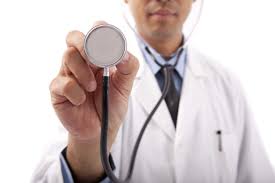 The most important tool for solving medical problems is a detailed history and infertility is no exception. This is the differentiating factor between a good doctor and ordinary one. An expert doctor knows which questions to ask.

Listen to your patients. They will tell you what is wrong with them. - Dr. William Osler.

I just saw a very distressed young man . He had been married for 3 years, but had still not been able to get his wife pregnant. His wife had got all her tests done, and her gynecologist had confirmed she was fine . She then asked him to get his semen analysis done, and this is where he was stuck .

The problem was that while his libido was fine, and he had an active sexual life, he had been unable to get his semen analysis done. Every time he went to the lab for a semen analysis, they told him that they were unable to do it, because there was nothing in the container that they could analyse.

His gynecologist dutifully referred him to a surgeon, who examined him and confirmed he was normal. He asked him to go to another lab for his semen analysis - with exactly the same results.

The doctor told him blankly - If you cannot get your semen analysis done, I cannot help you, sorry ! He then changed another two doctors. One suggested he visit a psychiatrist, to help with his "erectile dysfunction"; while another suggested that they could do a testis biopsy to see if sperm were being produced in his testis or not.

Reaching a Point  of Frustration

He was completely fed up. " Doctor, I know I do not have impotence or erectile dysfunction ! I get a perfectly adequate erection - it's just that I have not been able to get my semen sample tested so far , because when I get an orgasm, nothing comes out of my penis ! I am not an idiot! Why don't my doctors believe me ? And why can't they help me ? Am I a freak ? "


The problem is that the eye only sees what the mind knows, and many doctors are not comfortable dealing with the infertile man because they do not have much experience in handling these patients. While they learn now how to manage common problems such as erectile dysfunction or azoospermia ,they are surprisingly clueless when dealing with uncommon problems !

And if the patient does not fit into their pre-existing notion of the correct diagnosis, they are quite happy to adopt Procrustean techniques until the square peg fits into the round hole !

The first thing I did was sit down and take a detailed history, probing systematically into the following steps :

He had no problems with libido; his erection was satisfactory; he got an orgasm; but there was no ejaculation even after he got an orgasm. This meant his problem was orgasmic anejaculation , also known as aspermia. The commonest reason for this is that the man ejaculates his semen backwards into the urinary bladder.

This is called retrograde ejaculation. I told his to get his urine tested after his next orgasm - and just as I suspected, there were lots of sperm in his post-orgasm voided urine sample! When I showed him these under the microscope and told him we could use these for ICSI , I was gratified to see a big smile on his face. " Thanks so much, doc ! It's such a relief to know I am not a crackpot and am not going crazy. None of the other doctors would believe me !"

He was grateful, not just because I had made the right diagnosis and could offer him an effective solution to his problem, but because I had treated him and his complaint with respect. I had used the oldest therapeutic tool of a healer's armamentarium - a patient hearing !

All I had done was listen to him; and translated his complaint into medical terms, which I could then analyse intelligently. The other doctors had just tried to lump with all the other common problems which they see daily - and when he did not fit, they labelled him a crock !

The truth is that not all patients will have garden variety problems - and the most important tool for solving rare problems is a detailed history ! This is very low-tech and inexpensive, and rarely inspires awe, but is the differentiating factor between a good doctor and a run of the mill physician. An expert doctor knows how to take a history; which questions to ask - and which to probe further !

" Listen to your patients. They will tell you what is wrong with them." This is an aphorism which is often attributed to Dr William Osler. This is as true today as it was centuries ago !

Read more- Providing feedback to doctors to help them to learn

The most important tool for solving medical problems is a detailed history and infertility is no exception. This is the differentiating factor between a good doctor and ordinary one. An expert doctor knows which questions to ask.