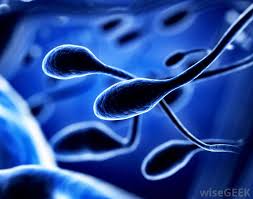 A low sperm count ( the scientific term for which is oligospermia) is the commonest cause of infertility in the man. Many infertile men are obsessed about their sperm count - and this seems to become the central concern in their lives. Remember that the real question the man with a fertility problem is asking is not: What is my sperm count or motility or whatever?

But - are my sperm capable of working or not? Can I have a baby with my sperm? Since the function of the sperm is to fertilize the egg, the only direct way of answering this question is by actually doing In Vitro Fertilization.

This is, of course, too expensive and impractical for most people which is why the other sperm function tests have been devised. The major problem with all these tests, however, is that they are all indirect --- there is no very good correlation between test results, pregnancy rates, and fertilization in vitro for the individual patient.

This is why offering a prognosis for the individual patient based on an abnormality in the sperm test result is so difficult, and why we find that different doctors give such widely varying interpretations based on the same SPERM REPORT.

This is really not surprising when you consider how abysmal our ignorance in this area is - after all, we do not even know what a "normal" sperm count is! Since you only need one "good" sperm to fertilise an egg, we do not have a simple answer to even this very basic question! While the lower limit of normal is considered to be 10 million progressively motile sperm per ml, remember that this is a statistical average.

For example, most doctors have had the experience of a man with a very low sperm count (as little as 2-5 million per ml) fathering a pregnancy on his own, with no treatment. In fact, when sperm counts are done for men who are undergoing a vasectomy for family planning, these men of proven fertility have sperm counts varying anywhere from 2 million to 300 million per ml. This obviously means that there is a significant variation in "fertile" sperm counts, and therefore coming to conclusions is very difficult for the doctor (leave alone the patient!)

Making sense of the reports

In order to make sense of this, you need to understand two important concepts - "trying time" and "fertility potential of the couple". If your sperm count is low, but you have been trying to have a baby for less than 1 year, it still makes sense to keep on trying for about 1 year, since 10% of men with low sperm counts will father a pregnancy in this time. If however, you have already tried for more than 2 years with no success, you need to move on and do something more - the chances of a spontaneous pregnancy are now very low. Remember, that a doctor does not treat just a "low sperm count report" - he treats patients!

Read more- The Man with a Low Sperm Count Oligospermia : Cause & Treatment

What can be done?

So what is the man with a low sperm count to do? Unfortunately, there is no method of increasing the sperm count today! The modern protocol for managing male infertility is based on the man's motile sperm count; and on a simple test, celled a sperm survival test. The sperm are washed, and their recovery assessed; the washed sperm are then kept in culture medium in the incubator for 24 hours and then rechecked.

If there are more than 3 million motile sperm per ml, this is reassuring. If, however, none of the sperm is alive after 24 hours, this suggests that they may be functionally incompetent. Treatment depends upon how low the count is. If it is only moderately decreased (total motile sperm count in the ejaculate being 20 million), it makes sense to try to improve the fertility potential of the wife, and the easiest treatment for men with moderately low sperm counts is superovulation plus intrauterine insemination.

If after doing this and trying for 6 treatment cycles (the reason 6 is the "magic" number is that most patients who are going to become pregnant with any method will usually do so within 6 cycles) no pregnancy ensues, you need to go on and explore further alternatives, such as In Vitro Fertilization or ICSI.

For men with a motile sperm count of more than 5 million in the ejaculate, IVF would be the first treatment offered. This would allow us to document if the sperm can fertilize the eggs or not. If fertilization is documented, then the patient has a good chance of getting pregnant. However, if the motile sperm count is less than 5 million, or if there is total failure of fertilization in IVF, then the only treatment available is ICSI (intracytoplasmic sperm injection, pronounced "eeksee") or microinjection. ICSI has revolutionised our approach to the infertile man, and it promises the possibility for every man to have a baby, no matter how low his sperm count.

What about the answer to the million dollar question: --- Why do I have a low sperm count?

Unfortunately, nine times out of ten, the doctor will not be able to answer that question, and no amount of testing will help us to find out - this is labelled as "idiopathic oligospermia" which is really a wastepaper basket diagnosis for "god only knows!". Modern research has shown that the reason some men have a low sperm count is because of a microdeletion on the Y-chromosome.

This is an expensive test, which is available only in research laboratories at present, and does explain why we have little effective treatment for this common problem! We do know that a low sperm count is not related to physique, general state of health, diet, sexual appetite or frequency. While not knowing the cause can be very frustrating, medicine still has a lot to study and understand about male infertility, which is a relatively neglected field today.

The major cause of male infertility usually is a sperm problem. However, do remember that this is no reflection on your libido or sexual prowess. Sometimes men with testicular failure find this difficult to understand (but doctor, I have sex twice a day! How can my sperm count be zero?). The reason for this is that the testis has two compartments.

One compartment, the seminiferous tubules, produces sperms. The other compartment, the "interstitium" or the tissue in between the tubules (where the Leydig cells are) produces the male sex hormone, testosterone, which causes the male sexual drive. Now while the tubules can be easily damaged, the Leydig cells are much more resistant to damage, and will continue functioning normally in most patients with testicular failure.

This is why the diagnosis of a low sperm count can be such a blow to one's ego --- it is so totally unexpected, because it is not associated with other symptoms or signs. Men react differently - but common feelings include anger with the wife and the doctor; resentfulness about having to participate in infertility testing and treatment since they feel having babies is the woman's "job"; loss of self-esteem; and temporary sexual dysfunction such as loss of desire and poor erections.

Many men also feel very guilty that because of "their" medical problem, they are depriving their wife the pleasures of experiencing motherhood. Unfortunately, social support for the infertile man is practically non-existent, and he is forced to put up a brave front and show that he doesn't care.

Since he is a man, he is not allowed to display his emotions. He is expected to provide a shoulder for his wife to cry on - but he needs to learn to cry alone. However, remember that the urge for fatherhood can be biologically as strong as the urge for motherhood - and we should stop treating infertile men as second class citizens.