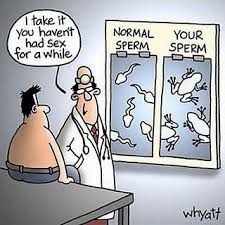 Many marriages remain unconsummated and this could be because of a problem in the husband or the wife. Fortunately, there are now clever solutions to help these couples to have a baby !

When most couples get married, they expect to have sex and get pregnant , when they are ready to start their family. However, some find to their dismay that they are not able to have sex. This could happen because of many reasons.

These sexless marriages cause a lot of distress. While many of them are stable marriages, where the couples love each other and do not feel deprived because of the absence of sex, their inability to conceive causes a lot of personal angst because of the social pressures.

The partner who cannot perform feels inadequate and incomplete. The wife may feel she is depriving her husband of both sexual pleasure and a baby ; and the husband will feel guilty because his wife has to bear social taunts as a result of his inability to perform in the bedroom .

This matter cause a lot of shame, and they find it very difficult to talk about this. It's a taboo topic, which they are scared to discuss even amongst themselves , because it's such a sore and sensitive issue. Neither wants to bell the cat - but refusing to talk about the elephant in the room won't make it go away.

They find it difficult to bring this up with outsiders as well ! Whom can they trust ? Who will provide sensible advise? They are forced to bottle it up - and this just makes a bad situation even worse. This conspiracy of silence may often end up wrecking the marriage !

The good news is that we do have medical solutions to these problems - and it's a good idea to seek medical attention from an expert, before the matter gets out of hand !

For men with erectile dysfunction, treatment options include:

â€‹There are many self-help options for treating vaginismus as well.
Previous
Next
Authored by : Dr Aniruddha Malpani, MD and reviewed by Dr Anjali Malpani.