Relationship between Menstural Periods (amount of bleeding, clots) and Fertility 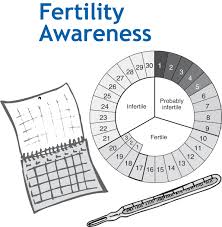 All women know that their menstrual cycles, ovulation, and fertility are interconnected. Unfortunately, they are very confused as to how and why, which is why myths and misconceptions about menstrual periods and infertility are legion

The biggest problem is that many women are not sure how ovulation and menstruation are related. They are often not certain which comes first and believe that if their problem is irregular cycles, they will first need to regularize the periods with medications before they can get pregnant.

This is not true. It is ovulation which is the primary event and if an infertile woman's cycles are irregular, this is because the underlying common denominator for both infertility and the irregular cycles is anovulation, and it is this which will need to be treated.

Thus, the equation is : irregular cycles ( symptom) = not ovulating ( cause) = infertility ( result) . Unfortunately, because ovulation is an internal event and hard to track, many women still confuse cause and effect.

Unfortunately, because most women have no idea what normal menstrual flow is, it's easy for their mind to play games with them when they are infertile. This is especially true when their blood is black or has clots. Remember that the discharge of dark blood during the menstrual period is completely normal. This occurs because the acidic pH in the vagina converts the red hemoglobin pigment of the menstrual blood into black hematin.

Since blood is normally red, when infertile women see that their menstrual blood is black, they are convinced that it is "dirty" and dirt is accumulating in their bodies and that this dirt in the uterus is preventing them from getting pregnant!

What about the relationship between fertility and the amount of menstrual bleeding?

Lots of infertile women believe that if they have scanty menses this means that the "bad blood" is collecting inside their body and poisoning their system, leading to infertility. This is why many will go to a doctor demanding that their "uterus be cleaned" with the help of a D&C! It's hard to convince them that God has designed the body very sensibly; that she would not allow "blood to accumulate in the uterus"; and that a woman's uterus does not need a vacuum cleaning to be kept clean !

The truth is that there is lots of variation in normal flow in normal fertile women as well - and lots of fertile women will have normal periods which are scanty. However, because they are fertile, they do not obsess over how much blood they lose during their periods, and do not even bother to notice this.

It's not just ignorant women who suffer from these delusions. Even very sophisticated infertile women who have scanty menses believe that this is because they have a thin uterine lining with poor uterine blood flow and that this could be hampering embryo implantation! Often, when the doctor shows them their endometrium is thin on an ultrasound scan, their worst fears are confirmed. Little do they realize that the thickness of the lining depends upon which day of the cycle it is done!

Similarly, infertile women with heavy periods who pass clots during their menses feel that these clots mean that they are miscarrying because they confuse the passage of clots with the passage of tissue.

Not much reliable information

In reality, you only need four things to make a baby - eggs, sperms, tubes, and uterus. However, because infertile women cannot see any of these, they obsess over what they can - their menstrual flow, even though this has no direct impact on their fertility. It's easy for your mind to play games with you when you cannot get pregnant!

Even worse, it's very hard to get reliable information. They are often too scared to ask their doctor such "stupid questions" - and most of their friends and elders end up providing unreliable, misguided advice, based on old wife's tales and limited personal experience with their own periods.

In reality, most of these changes in the amount of menstrual flow are normal variants that are commonly seen in fertile women as well. They are not caused and effect and do not normally affect fertility.

Does this mean that infertile women who have scanty periods need never worry about this? Unfortunately, the complete truth is rarely this simple! Thus, it is true that in some infertile women the scanty menses are a result of their having intrauterine adhesions, also known as Asherman syndrome. However, this is rare, which is why it's important that you be well-informed, so you don't worry needlessly!