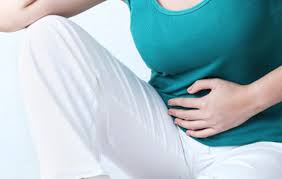 Miscarriages are extremely common and occur in about 10% of all pregnancies. And a miscarriage after infertility treatment is harder to come to terms with. The silver lining is that women who have had at least one miscarriage have a better prognosis for having a healthy baby as compared to someone who has never been pregnant.

Miscarriages (pregnancy loss ) are extremely common and occur in about 10% of all pregnancies. The loss of a pregnancy in a normally fertile woman hurts, but when a woman who has conceived after taking treatment for her infertility problems loses her pregnancy, the loss is far more difficult to bear.

A miscarriage after infertility treatment is a double whammy , and adds insult to injury . Many infertile women , who have worked so hard to get pregnant , only to then lose it, find it extremely difficult to come to terms with a miscarriage The vast majority are simply not prepared , and find it nearly impossible to cope. So near and yet so far.

Unfortunately, the fact remains that pregnancies after infertility treatment are as susceptible to pregnancy loss as normal pregnancies. In fact, in some infertile women, such as those who are older or those who have severe endometriosis , the risk is markedly increased.

The commonest question most women who suffer a miscarriage ask is - Why me ? Why did it occur ? We now know that the commonest reason for miscarriages is a genetic defect in the fetus . This is a random event, and occurs simply because Nature is not perfect . In fact, a miscarriage is one of nature's painful defense mechanism to prevent an abnormal baby from being born. However there are still many misconceptions as to why a miscarriage occurs , and many women still blame themselves when they miscarry. Unfortunately , there is little societal support , and lots of misguided friends and relatives add to the victim blaming by postulating reasons such as eating hot food or driving on bumpy roads.

What is extremely interesting is the difference in how doctors look at women who have had a miscarriage , and how these women look at themselves . Most doctors know that women who have had at least one miscarriage have a better prognosis for having a healthy baby as compared to someone who has never been pregnant . Since they have been pregnant at least once , they have proven that their reproductive system does work !

However we have found that many infertile women who have had a miscarriage simply give up . They just stop trying to get pregnant. They lose heart and cannot cope emotionally. A miscarriage is a major blow to their self-esteem, and they feel that not only is their body not capable of getting pregnant on its own, it cannot even carry a baby to term.

This is a shame , because if these women had persisted in trying, many of them would have succeeded in having a baby . Remember that a miscarriage is often a random event, due to a random genetic error , and does not mean that the reproductive system is faulty !

Be kind to Yourself

You need to be able to be grieve after your miscarriage - you have suffered a loss and you need to allow healing to occur. Don't minimize the emotional impact of this loss on yourself. However, you need to start planning for the future In your next pregnancy , you will need a lot more tender loving care and hand holding - the burnt child dreads the fire

However, rather than see the glass as being half-empty, you should see it as being half-full - and remember that the simple fact that you have been pregnant once in the past (even though that pregnancy ended in a miscarriage ) means you have a better chance of having a healthy baby in the future .

Often the best treatment is Information Therapy ! I would advise you to read the book, Coming to Term. This is one of the wisest books I have ever read. It is written by a skilled author, who is not only a scientist, but who has also experienced the trauma of multiple miscarriages firsthand.

Be kind to yourself. It's not your fault you miscarried - no matter what anyone else may say. You have survived worse crises in the past - and each crisis makes you stronger !

Miscarriages are extremely common and occur in about 10% of all pregnancies. And a miscarriage after infertility treatment is harder to come to terms with. The silver lining is that women who have had at least one miscarriage have a better prognosis for having a healthy baby as compared to someone who has never been pregnant.