How overtesting can harm you 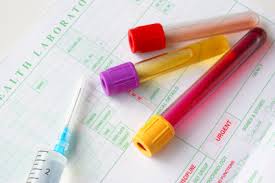 Infertility patients can protect themselves from over-testing and over-testing by selecting an experienced and trustworthy doctor. The job of a good doctor is to reassure patients that they are fine. Medical testing can be used intelligently to confirm that all is well. Unfortunately, many infertility specialists today use ( misuse ?) tests to create anxiety in patients.

Patients are emotionally vulnerable and they hang onto every word their doctor says. Even a casual statement - or expression - is analysed and interpreted (misinterpreted ?) in a hundred different ways.

Since patients now tend to place so much of their faith in tests and technology, many doctors will overtest - and then "find problems" which "need treatment". These are often red herrings of no clinical importance , but once a doctor has implanted a seed of doubt, it's very hard to get rid of this.

For example, I often see patients who have had recurrent miscarriages, who have been told they have a "bulky uterus" on ultrasound scanning. What does this mean ? Nothing at all ! Many fertile women have a large uterus, and this is of no clinical importance. The trouble is that the patient's mind often starts playing games.

As it is, they have low self-esteem, because they cannot hold on to their pregnancy. When the doctor seems to have "identified the problem" using sophisticated technology, they are now convinced that their bodies are flawed - and are willing to do anything to correct this problem. Some will happily undergo useless surgery to "correct the bulky uterus" - while others will accept that surrogacy is their best option! This is how doctors create patients for themselves!

The tragedy is that often when a patient goes to an expert for a second opinion, the expert does additional tests which the earlier doctor did not do. Even though these tests maybe useless, the patient is often impressed by how thorough this new doctor is - and how intelligent he is to have thought of all these additional tests which the earlier doctor was too dumb to prescribe!

If the tests then pick up a problem ( and remember that if you run a sufficient number of tests, you will always find a problem in everyone !) they are thrilled that their new doctor has finally found made the right diagnosis , which the earlier doctor was too incompetent to do! They are quite happy to then accept any treatment which is offered - no matter how expensive or useless it is.

We are now seeing a vicious cycle of over-testing and over-treatment. Unfortunately, with the "free market" system of medical practice, doctors, as rational human beings, are responding intelligently to the (perverse) economic incentives offered to them, so I don't think this is likely to improve.

There is no incentive not to test or not to treat when testing or treatment are not needed - and the doctor who does not advise tests and treatment is often thought of as being an old-fashioned fool!

Let the patient beware - more is not always better ! Good doctors are usually conservative and know when masterly inactivity and watchful waiting are the best medical treatment options!

Read more- Infertility overtesting - doing tests Just to be Sure