Patients are at Sea When IVF Doctors Disagree 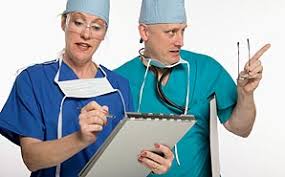 Patients think of IVF as being a medical science, where everything is in black and white. They naively believe that all IVF doctors (regardless of where they practice), will look at a patient's medical records and then formulate a treatment plan that will be exactly the same, no matter who the doctor is.

While reproductive medicine is a science, it is also an art, and a craft. Whenever doctors disagree, it’s the patients who are left confused and upset. They aren’t too sure about which doctor they should trust and dealing with uncertainty is no mean feat. Therefore, there will be certain doctors who routinely insist on doing a hysteroscopy for all their patients before an IVF cycle. On the other hand, there are some who feel this isn’t at all necessary if the vaginal ultrasound scan shows that the endometrium is normal.

It simply means that if a patient does an IVF cycle at one clinic and fails, and then approaches another doctor for a second opinion, who tells her- “Your cycle failed because your doctor didn't do a hysteroscopy", it’s natural for her to feel cheated. She will  come to the conclusion that the first doctor was negligent and that the reason why she didn’t get pregnant is because he hadn’t cared to do a hysteroscopy.

This train of thought can only snowball and she then reaches the conclusion that the earlier doctor was careless, sloppy and incompetent. She may even feel that he was not up to the mark with his knowledge as he hadn’t tested her properly before starting on her IVF treatment. This thought may at times, be taken one step  further and she may also feel that that he was fleecing patients by doing IVF is this roughshod manner; and that it was the shortcut he took that  resulted in failure  of the IVF cycle.

Very frankly, this reasoning is tainted. It’s not a norm to do a hysteroscopy before IVF. What’s more important is that regardless of whether the doctor had actually done the hysteroscopy, chances are that it wouldn’t really have changed the outcome of the IVF treatment in the first place. But once that seed of doubt has been planted in the patient's mind, it doesn’t take long for her to lose confidence in that doctor. But that’s not where the full-stop is drawn and she then ends up losing confidence in all doctors.

No matter which doctor she consults next, she will look at them through suspicion-tinted glasses. The truth is that doctors disagree because each of them has personal preferences; and very frankly, this is quite acceptable. The crux of the problem lies in the fact that some doctors don’t really explain what they’re doing and the reason they’re doing it. This isn’t because they are trying to hide any information from their patients. It’s just that most of them are just too busy to bother to sit their patients down and explain things to them, the way they should.

Many doctors simply believe that their patients shouldn’t be cross- questioning them and that they should just accept the advice he gives them. The discrepancy in information and difference in opinion arises from the fact that when it comes to IVF, there are no black and white answers. It’s important for patients to be mature enough to understand that there can be different routes to the same destination. Ideally, they need to do their own homework; this will help them choose the treatment path they feel works best for them.

Need help in making sense of conflicting advice from different IVF doctors? Need more information? Please send me your medical details by filling in the form at www.drmalpani.com/free-second-opinion so that I can guide you better!