Endometrial ( uterine) polyps - and how they affect fertility

Endometrial or uterine polyps are soft, fingerlike growths which develop in the lining of the uterus (the endometrium). They develop because of excessive multiplication of the endometrial cells, and are hormonally dependent , so that they increase in size depending upon the estrogen level. They can usually be detected on an ultrasound scan if this is done mid-cycle, when estrogen levels are maximal, but are easily missed if the scan is not done at the right time of the menstrual cycle. 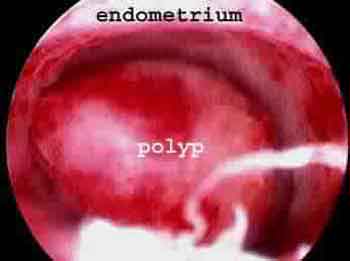 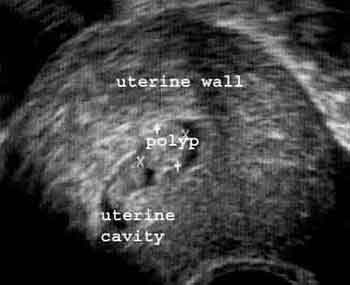 Polyps are usually asymptomatic and do not cause any problems. They are usually found on a routine vaginal ultrasound scan. It's easy to miss the polyp if the scan is done at the wrong time of the menstrual cycle. The best way to pick up a polyp is by doing the scan on Day 10- 12 ( when the endometrial thickness is maximal, because of high estrogen levels).

A sono-salpingogram is a very effective way of diagnosing a polyp. While they can sometimes be seen on a HSG as a constant filling defect within the cavity , they can often be missed as well , because they are small.

The definitive technique to diagnose a polyp is a hysteroscopy. In the past, polyps were often removed by doing a D&C
( and this may have been the reason some women with unexplained infertility got pregnant after a D&C - not because the D&C cleaned the uterus, but because it allowed the doctor to remove undiagnosed uterine polyps which may have been affecting fertility.

Today, a hysteroscopy is the best method, because the doctor can remove the polyp under vision.

However, it's still fairly controversial as to whether small polyps affect fertility. Many doctors will leave a small polyp alone, as they do not think it affect fertility at all. However, others will routinely remove them - especially prior to doing IVF. This is one of those gray zone areas of medicine where it's always very hard to make a definite decision because different doctors have different opinions as to what needs to be done. Most doctors would take the approach that anything inside the uterine cavity needs to be removed before putting an embryo inside the uterus ; and they would automatically and reflexively suggest an operative hysteroscopy to remove the polyp before doing the IVF cycle. This is standard medical advice and is perfectly reasonable. However, there are other doctors who feel this is unnecessarily aggressive , because there is no proof that a small polyp can affect embryo implantation. This is a vexed issue which is very controversial because there aren’t enough studies to be able to come to a definitive conclusion. This is hardly surprising. Most IVF specialists will see only infertile women , so any time they see someone with a polyp , they will assume that the polyp is the cause for the infertility and will advise removal. However, the fact remains that lots of fertile women will also have endometrial polyps , which neither they nor the doctor will ever find out about , because they have enough sense not to go to a doctor to get this diagnosis !