Producing Sperms on Demand in the IVF Lab 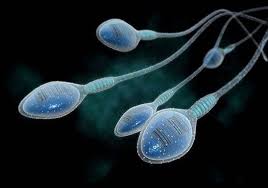 Some men find it difficult to produce a sperm sample 'on demand' during infertility treatment. Learn how we help patients overcome this in a variety of clever ways.

However, some men find it very hard to produce a sperm sample during infertility treatment. This difficulty may seem funny, but it can cause considerable heartburn and distress - and some patients have been forced to abandon an IVF cycle because the husband could not produce a semen sample at the time of egg collection

There are many reasons this can happen:

The pressure is on

If they fail to produce the sample within 15 minutes, this often sets up a vicious cycle of failure. "Oh, my God - I cannot get it up ! What do I do now ? Suppose I cannot produce the sample - then what ? " Often unfriendly clinic staff or unthinking doctors and nurses may make the bad situation even worse. Instead of sympathising and helping, they may add to the pressure by insisting that the man produce within an hour, or they'll be forced to cancel the cycle - or use donor sperm !

How can you prevent such a problem ?

Firstly, if you are worried about your ability to produce a sample on demand, please discuss this openly with your doctor well before you start your cycle ! The good news is that there are many options today which can help the doctor to help you !

Things you can do

The best way to manage this problem is by preventing it. If you have difficult ejaculating on demand, it's a good idea to request the In Vitro Fertilization clinic to freeze and store ( cryopreserve) your sperm sample before starting the IVF cycle. Because you can provide the semen sample at your convenience, the psychological pressure is removed, and this frozen sperm sample can be used to treat your IVF, even if you cannot provide a fresh sperm sample at the time of egg collection. Interestingly, just the fact that a frozen sperm samples is readily available if needed, removes the pressure to perform considerably, and many men can provide a new fresh sample at the time of egg collection!

Since In Vitro Fertilization labs are not open in the middle of the night, you may have to transfer the semen into a special medium called egg-yolk medium( which you'll have to buy from the IVF clinic) and keep it in your refrigerator freezer. The sperm retain their viability in this special medium for many hours, and you can then take it to the IVF lab the next day morning.

Getting rid of anxiety

Let's now look at the worst case scenario. Let's suppose you find you are in the clinic, the eggs have been collected, and you cannot produce a sample . Don't panic - there is a lot which can been done to help you. Firstly, stop trying - the increasing anxiety will just make a bad situation worse.

Very rarely, if this fails, then we have had to resort to more extreme measures. We now have 2 options available which we can offer patients who fail to ejaculate.