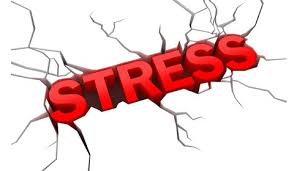 We are now seeing many couples who are having difficulty conceiving because they are too stressed or too busy to have sex ! This is the price couples often pay for living in a huge metropolis like Bombay ! Having a sexual problem is bad enough - and the added stress of the involunatary " infertility " makes it even worse. This often becomes a negative vicious cycle, which is hard to break.

The demand to have intercourse at the proper times can provoke frustration when one partner has a business trip, is working late, or just cannot get in the mood for sex. Couples who go through cycles of sex on demand often find that lovemaking loses its spontaneity and playfulness. Sex becomes a chore to be performed at mid-cycle only. Sometimes the pressure to perform at mid-cycle is so great that a man has trouble with erection or is unable to ejaculate.

Read more- The Stress of being Infertile

Both men and women with fertility problems also suffer from anxiety and stress over their sex life, and this often become a chicken-and-egg problem. In a study of 600 men and women about to undergo infertility treatment, researchers found that both anxiety and stress over sex were fairly common problems. This means that these men sometimes have problems producing a semen sample on demand ( either when timing baby making sex at home or when producing a sample in the clinic) .

The traditional response was to go to a sexologist or psychiatrist for counselling - with expectedly poor results, because talking does not make the problem go away ! The next step was to forget about the sex altogether and just focus on having a baby by going to a gynecologist for an artificial insemination.

Often, this can be very hard on the ego - and it's not easy to make time to go to a doctor's clinic for these super-busy couples. The result is often that the baby-making gets postponed year after year - often until it's too late !

Now, for the first time in India, you can buy a Comprehensive Home Fertility Treatment Kit . If you bought each item individially, this would cost Rs 5400. This kit costs only Rs 4400 ( a saving of Rs 1000 !) and includes the following:

We feel this simple kit will help many more Urban Stressed Infertile Couples to have their own babies ! It's much easier than going to a doctor - and much less expensive and more fun !