The Overtreatment Epidemic- What is Causing It? 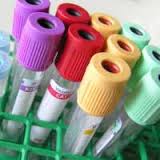 Everything in the medical world is changing at a very rapid pace and so is the technology used in it. Current day medical testing equipment is very sensitive and tends to pick up even the smallest of abnormalities.

It’s not uncommon for women in the reproductive age to have fibroids. These are very common tumors that form in the reproductive tract- most of them are very small and aren’t really troublemakers at all. In the past, women who had fibroids weren’t even aware of their presence and they never even went to a doctor for these. But with the evolution in technology, doctors have become very smart at marketing their services.

Most doctors will ask their patients to do ultrasound scans (in most instances, for no reason at all). With an ultrasound scan, it’s possible to detect fibroids as small as 1cm- which are probably about the size of this “O”. Now, this size of a fibroid within the uterus’ walls is very tiny & asymptomatic- it doesn’t really cause any kind of problems.

However, if the sonographer reports a 1cm fibroid to be a 10 cm one and mentions in the report in bold print about this “finding”, it’s natural for patients to get worried.  This is because they think it’s an abnormality and they obviously want their doctor to treat it.

Doctors are more than happy to do this. In the past, a surgery such as this one would involve going under the knife and most women would just say no for it. However, things have now changed; technology has improved a great deal and the surgery is a very minimally invasive one. As a matter of fact, today, a surgery isn’t even necessary to treat a fibroid- high-frequency, ultrasound-waves can be used to shrink them; this procedure is done under MRI guidance  and is called High-Intensity-Focused-Ultrasound  or HIFU.

The companies that market these products market them very aggressively. Under the guise of creating awareness, they hold free camps etc. Even though the fibroids don’t really need any treatment, some doctors scare their patients into believing that a surgery is vital. What makes it even easier is that patients now also have insurance cover and are more than willing to get  the “latest medical treatment” for  fibroids.

The only way that overtreatment can be avoided is if patients conduct research via reliable sources. This will help them make more well-informed  decisions. Even if the doctor asks you to do an ultrasound and it is found that you have fibroids, and he tells you that a surgery will have to be done; don’t just nod your head and say yes.

Think smartly and understand whether the fibroids are causing any problems. If they aren’t, where is the question of “treating” them? Sure, high-frequency ultrasound treatment is a definite advancement in treating women with fibroids, but when no treatment is required in the first place, why even consider it?