Treating the older woman - who should decide when treatment is futile?

We often treat older women with high FSH levels and poor ovarian reserve, who want the doctor to do IVF for them with their own eggs.

We often treat older women with high FSH levels and poor ovarian reserve, who want me to do IVF for them with their own eggs. I explain to them that realistically their chances of getting pregnant with their own eggs is poor, and there is a high probability that we may end up canceling the cycle , because it is possible they may not grow eggs at all, in spite of aggressive superovulation. 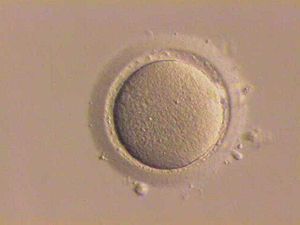 Most of these women are older professionals, who are educated, well-informed, mature and intelligent . They have very realistic expectations of what technology can do for them. Even though they understand their chances are poor, they still want to try.

A critic may carp - Is it really worthwhile doing this ? Isn't this just an exercise in futility ? Aren't you just giving them false hopes ? Is it fair to pump women full of expensive hormones, just because they want to try IVF ? Aren't you just making them waste a lot of money ? Isn't it better for them to just cut their losses and move on ? Is it worth spending so much time money and energy on treatment which is likely to be futile ?

These are extremely difficult questions to answer , because these are personal decisions which only patients can make for themselves. The doctor does not really have the right to decide. Even though an outsider may feel that this woman is just wasting her energy energies on pursuing a pipedream , the patient may have a completely different perspective - and who is to say which is right and which is wrong ?

It's possible that what the patient needs at this point in time is peace of mind she did her best - that she pursued whatever treatment was available to her , so she has no regrets later on that she didn't try. While we may not be able to give her a baby, this peace of mind can be invaluable - and this is something which only going through the cycle itself can give her.

I think we should give our patients credit for having enough sense to make the right decision for themselves. They carry lots of emotional baggage, and I don't think that I should tell intelligent patients what they should do , and what they should not. As long as I have been honest and upfront with them , and have given them realistic expectations of their prognosis , I'm more than happy to help them , if that's what they want me to do. I don't think it's fair of me to refuse to them , just because their chances are poor , because this takes away all their hope , and I think that's a very cruel thing to do.

It is ethical to treat patients whose chances of success are so poor that the treatment could very well be considered to be futile ? You could actually argue that it would be unethical not to treat this patient ! What right does the doctor ( or anyone else for that matter !) have to refuse treatment to an intelligent , well-informed patient , who is spending their own money , and who understands upfront exactly what the chances of failure are ? Why is a doctor better placed to make these decisions , as compared to the patient , whose life It is ? I feel not only would it be unethical to refuse , it would actually be unkind as well. Good doctors are much more likely to be considerate and value the patient's opinion , rather than flatly refusing to treat them, just because their chances of success are poor.