Tubal (ectopic) pregnancy - so near and yet so far ! 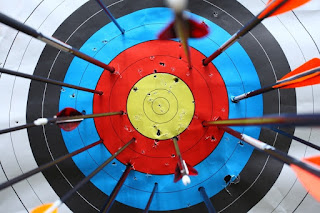 Being infertile is bad enough, but one of the biggest tragedies is when you get pregnant, but the pregnancy is not in the uterus , and is lodged in the fallopian tubes. This is called an ectopic or tubal pregnancy. Implantation just a few centimetresfrom the right place can make such a big difference !

The risk of an ectopic pregnancy is higher in infertile women , because often their tubes are partially damaged ( even though they are open, they may not be functioning properly). Sadly, we can't prevent this.

You can have an ectopic pregnancy even after doing IVF , because even though we're transferring the embryo directly in the uterus, it can travel backwards into the fallopian tubes and get stuck there.

The problem with an ectopic pregnancy is that the fallopian tube is not designed to allow a baby to grow , and if the diagnosis is delayed, the tube can actually rupture, and this can be a life-threatening complication .

This is why it's so important to monitor the early stages of pregnancy in infertile women. You should test for pregnancy as soon as possible . The doctor will monitor you by checking your blood HCG levels and doing ultrasound scans , so that we can make a diagnosis as early as possible.

The good news is that if this is done in a timely fashion, we can kill the ectopic pregnancy with a simple methotrexate injection, so you don't need a laparoscopy , forget about open surgery. The bottom line is that an ectopic pregnancy is a problem which is easy to treat , if diagnosed in time.