What is FSH ( follicle stimulating hormone) 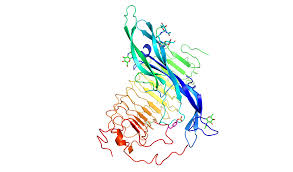 FSH is an acronym which stands for Follicle Stimulating Hormone. Hormones act as messengers - they are chemicals in your body that are made in one place and are used in another.

Women with poor ovarian reserve will have high FSH levels. Some women find it difficult to understand why FSH levels are high in women with poor quality eggs. Intuitively, more is better, so higher levels should mean better eggs, shouldn't it ?

As one patient asked me, " If FSH stands for Follicle Stimulating Hormone, and I have high levels of FSH, then doesn't that mean that I have the ability to stimulate lots of follicles ? A high FSH should mean that I should have lots of eggs ! "

Let's look at the basic biology. If the ovary has many eggs, the FSH in a woman's blood is low because the body doesn't need to produce much FSH to induce normal ovulation. However, if the egg number is low, the body needs to work harder to produce ovulation, so it increases the amount of FSH in an effort to push the ovaries.

What is a good level?

A high FSH means the egg number is reduced, sometimes to levels so low that pregnancy is not possible. What is a good level? Well that depends on each individual lab. For most centers, anything over 12 mIU/ml is considered poor . In fact, some centers will not give fertility treatment to those over 12 because the odds of pregnancy become low.

Read more- How can I reduce my FSH levels ?

It is also necessary to consider age when undergoing fertility treatment. Age is an excellent predictor of both ovarian reserve and conception rates. Women over the age of 43 have a smaller chance of becoming pregnant than women under the age of 43, no matter what their FSH levels. This means that younger women with poor FSH levels may still want to try using their own eggs before seeking a donor.

Other tests for ovarian reserve

If any one of the tests for ovarian reserve was truly accurate then it would eliminate the need for the others ! The fact that there are so many (FSH, oestradiol, AMH, antral follicle count, inhibin) suggests none of them are truly reliable. If one test were the right one then that is the one we'd all be given and it would tell us the answer!

Please do remember that doctors do not treat numbers - we treat patients, so don't obsess over just one number is isolation. The final proof of the pudding is in the eating - and your response to superovulation is the best way of assessing your ovarian reserve. If you grow eggs well, then you should not worry about your "numbers" !

FSH and LH levels in patients with PCOD

FSH as a test versus FSH as a medication

Measuring the level of FSH in your blood is a very useful diagnostic tool .
You also need to remember that the FSH hormone is also used as a medication to help in superovulation during your IVF treatment. Brand names include Follistim and Gonal-F.