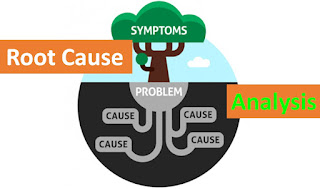 Now it's very tempting to do lots of tests to find out what the underlying reason for the failure is . There are lots of complex expensive tests available, and doctors love doing these ! They include operations such as a hysteroscopy to check the uterine cavity, and an embryo biopsy to do a genetic analysis of the embryo. And these tests seem to make a lot of logical sense as well. After all , if you transfer an embryo into the uterus and it doesnt implant, clearly this means theres either a problem with the embryo or with the endometrium , and we just need to run tests to find out what the problem is, so that we can fix it and prevent a failure, the next time around.

Now, just because it sounds logical doesn't mean that it's feasible. The sad truth is that while it's easy to do the tests, interpreting them is extremely hard , simply because there's so much overlap between the results in fertile patients and infertile patients and even in the same patient from one cycle to another . Most of these tests are unreliable and give inconsistent information, which actually ends up misleading both the doctor and the patient .They then go around chasing red herrings , which dont help.

A classical example for this is a positive TB PCR test for the endometrium. Now this is positive in lots of fertile women as well , but fortunately they have enough sense not to do the test ! Now , when this test comes back as positive in a patient with a failed IVF cycle the doctor is delighted and says - See, this was the reason the cycle failed ! We have pinpointed the cause of the failure, and once we treat this, your next cycle will succeed. The patient is also pleased that the doctor has been so thorough and careful in identifying the problem and treating it.

However, the ugly truth is that this abnormality wasn't the reason for the failure at all. Its just an incidental finding, which doesn't actually affect embryo implantation at all. However, its hard to explain the concept of false positives and base rates to patients, because this is a complex and difficult topic, and most doctors dont understand this themselves.

This is why most doctors will just mindlessly do the tests. They are happy to do these, partly because that's what their patients expect and partly because it helps them to make even more money, even though they know in their heart of hearts that these tests are quite useless.

However, this can be extremely misleading, because it's easy to confuse correlation with causation . The truth is that it's quite likely that even if the abnormality hadn't been treated , the patient would have got pregnant in the next cycle because IVF success is often a matter of randomness . Just being perseverant and patient is often all that it needed theres no need to change the treatment protocol if the cycle went well.

After all, human reproduction is not efficient, and even a fertile couple doesn't have a 100% chance of getting pregnant in the bedroom in the first month when they try . This doesn't mean that they change partners or do anything differently in the second month !

Unfortunately, this is not something which patients understand , because they expect instant gratification and 100% success rate when doing IVF .

And sadly, doctors arent willing to share the truth with them , because doctors want to provide answers after all , this is what patients expect, and they want to be seen as omniscient experts !

So rather than spend a lot of time explaining why we can't find out what the root cause is , and why running more tests is a waste of time and money, doctors are happy to pander to the patient's demand to do the tests.

This just adds to the confusion after all, the more the tests you do , the higher the probability that some will be abnormal ! This is why these mindless battery of tests are so harmful. They cause the patients to waste a lot of time, money and energy on treating completely irrelevant abnormalities, which are of no clinical importance whatsoever.

The good news is that you don't need to do a root cause analysis because we have so much experience in treating patients who failed IVF cycles in the past. Empirical therapy works extremely well, so that instead of wasting time asking unimportant irrelevant questions which the doctor can't explain, you need to focus on what is in the doctor's control .

Make sure the doctor transfers a top quality blastocyst, and gives you photos of your embryos this is all what the doctor can control. But do remember that after the doctor has made the embryo and put it back in your uterus, he has no control over whether it's going to implant or not, because embryo implantation is still a blackbox.

Not everything is within our control , and that's something which both doctors and patients need to come to terms with . A little bit of humility and a little bit of patience are invaluable .