Why are men so reluctant to get their sperm tested ? 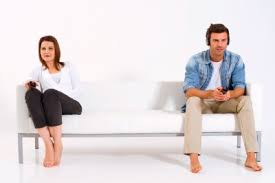 Most men are very reluctant to get their sperm tested for various reasons. It's scary, humiliating and casts doubts on their masculinity. Moreover, most men mistakenly believe that having a baby is exclusively a woman's responsibility.

Most men are very reluctant to get their sperm tested:

Read more- Why is my husband refusing to get his semen tested ?

The problem is much worse for men who know that they have a low sperm count. They are secretly petrified that their sperm count may drop even further , which is why they are so reluctant to get their semen re-tested ! ( They also know that if their sperm count is low, their spouse will nag them incessantly to stop smoking and stop drinking - and is having a baby really worth giving up all the pleasures of life for ? )

This reluctance on the part of the man is not something many wives understand - " I am the one who has to go through all the painful tests and shots , so why is he making such a big deal about getting his semen tested ? " Ironically, the wife is being amazingly unempathetic in this case.

While it's true that it's usually men who are clueless, any wife who does not understand the heartburn an infertile man goes through when his sperm count come back as below normal is being remarkably obtuse and clueless. The secret fear many men with a low count have is that the sperm may keep on dropping until it goes to zero - and then what ?

Men are masters of denial

Since most of them hate going to a doctor for any medical problem, it's quite understandable that they are not happy about allowing their vulnerability to be exposed to the whole wide world ! And while producing a semen sample is not as painful as doing a HSG, being forced to produce semen on demand in a dark, smelly bathroom when there are five other men waiting in line can be very unpleasant !

Even worse , if the man fails to get an erection and produce a sample when asked to, this can often be the last nail in the coffin of his self-confidence. He'd rather go and shoot himself than put himself through the humiliating ordeal once again.

Sadly, many doctors do not realise the enormous stress some infertile men go through when producing a semen sample - and this just contributes to the difficulty. Since most nurses in an IVF clinic are female, it's very hard for a man to talk about his personal problem to anyone ( the doctor's never available in any case !)

And if he fails once, this often becomes a self-fulfilling prophesy, setting up a negative vicious cycle which is very hard to crack. Seeing his wife angry and upset just adds to the man's woes - and he'd rather just forget about having a baby rather than subjecting himself to the stressful exercise all over again !