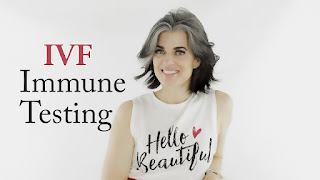 Patients who have failed repeated IVF cycles even though apparently perfect embryos were transferred, are understandably upset, frustrated and distressed. They are looking for answers as to why they are not getting pregnant, and a plausible reason is that their body is "rejecting" their embryos.

This mind -boggling range of catchy acronyms conceals the fact that no one knows whether the immune system is really responsible for the failure of the embryos to implant in these women. Many labs use different protocols to carry out these tests, which are still poorly standardized. This means that results for the same test from different labs vary widely, making interpretation very difficult.

Also, intelligently interpreting these tests in individual patients is virtually impossible, because of the considerable overlap in the results in normal fertile women and those who are infertile, since many fertile women will also have abnormal results when subjected to these tests. Sadly, most labs do not bother to standardize their test results by doing them on normal fertile women. This means that if a woman who has had an IVF failure is subjected to these tests and has an abnormal result, her doctor happily jumps to the erroneous conclusion that he has now "diagnosed " the reason for the IVF failure, little realizing that the abnormal result could just be a "red herring", since "abnormal " results are often found in "normal " fertile women as well. (These are called " false positives " - test results which are abnormal ('positive'), even though the patient has no disease.)

A false positive result causes needless anxiety, and will often lead to a situation in which the patient will have to undergo even more tests to prove or disprove the previous results. Remember that if your doctor performs enough tests on you, it is a mathematical certainty that he will find something wrong with you. And if he finds something wrong with you, he'll usually end up treating you - whether you need treatment or not !