Why is it so difficult to make sense of a sperm test report ? 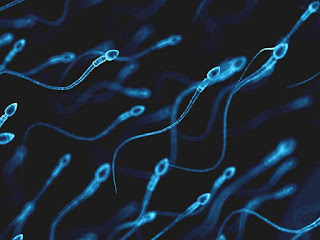 The sperm test is the simplest and commonest test done for evaluating an infertile couple. It allows us to evaluate a man's fertility, and because it's cheap, it's the one which is done first.

However, its apparent simplicity conceals how complex interpreting this test really is !

Because it's a routine test, one of the biggest problem is that lots of laboratories do it , and most of them have no idea how to do the test properly ! The technician does not have enough experience, and will often not have the right equipment ( such as a phase contrast microscope; or calibrate sperm counting chambers) .

This is why a lot of men end up with very unreliable reports, which their doctor cannot interpret intelligently, because they can't be trusted. This creates a lot of confusion ! This is why we see many men whose sperm counts fluctuate all the way from 5 million per ml to 60 million  per ml, depending on which particular laboratory they do the test from ! The irony is that all the reports are most probably wrong.  To add insult to injury , doctors will start "treatment" based on these reports - and it will be impossible to assess whether the treatment is helping - or harming !

Thus, it's very common to find round cells in the semen and these are usually sperm precursors, which are quite normal. However, these are often mis-reported as " pus cells ", and the poor man is treated for months on end with antibiotics to treat the " infection " !

Similarly, most labs are just not capable of staining the sperm to check their morphology - the proportion of normally shaped sperm in the sample, and these numbers are just cooked up by the technician.

The problem is not just poor quality labs however. Often men don't do the test properly because they have not been given the right instructions. There needs to be at least a 3-day abstinence period ;  the man needs to make sure that he collects the entire ejaculate in a clean container ; and the sample should be delivered to the lab within an hour or so . Unfortunately, lots of men don't follow these instructions , and sometimes they are too embarrassed to tell the lab that they have spilled the sample !

Another  huge problem is that gynecologists don't have the expertise to interpret the semen analysis report properly . Gynecologists are specialists in taking care of the health of women, and never see a man in their professional practice. Yes, they can figure out if the report is normal or not, but unfortunately they're not good at being able to understand the nuances of an abnormal sperm test report. This is why they often end up confusing the patient , and send him for all kinds of "advanced" sperm function tests ( which are promoted by the sperm testing laboratories  because they generate extra revenue for them!)  These tests serve absolutely no purpose at all, and make a bad situation even worse, because they don't provide any useful clinical information at all.

Often gynecologists will refer men with an abnormal report to a urologist or an andrologist, and this just compounds the problem,  because the left hand has no idea what the right hand is doing, and the treatment of the infertile couple gets fragmented and uncoordinated !

The truth is that there is very little effective treatment a male infertility specialist can offer, but because he needs to demonstrate his expertise, he will ask for a whole new batter of additional tests ! These include all kind of pointless , expensive and embarrassing tests, such as a colour Doppler to check for varicoceles ; and transrectal scans to check for ejaculatory duct obstruction. As part of the panel of tests which are ordered to be "thorough" with the evaluation, many doctors now also order hormonal blood tests ( FSH, LH, prolactin, testosterone); as well as chromosomes studies - all of which are a complete waste of time and money. The poor patient ends up going from one doctor to another , and since no one has a clue what is happening, he loses confidence in all the doctors.

The dirty little secret is we can't. We can tell a man with a zero sperm count that he can't father a pregnancy in the bedroom, but we can't really tell a man who has sperm in his semen whether he can get his wife pregnant or not !

This might seem surprising ! After all , isn't that the purpose of a semen analysis ? Yes, that's what an ideal sperm test would do, but a semen analysis is an extremely crude test , and doesn't provide us with that information. Yes, it does tell us what the sperm count is, and whether the sperms are moving or not, but that's not the question which the man is asking ! He wants to know, "Can I get my wife pregnant or not?" This is a completely different question , and because it's much more complex , it's not possible for us to answer this as yet.

After all, the fertility of a couple doesn't just depend on the man's sperm count or motility - it also depends on his wife's fertility ! This means that it's possible that if he had married a younger, more fertile woman, then he would have been able to get her pregnancy even with a very low sperm count !

You can see what a sperm test report should look like at https://www.drmalpani.com/knowledge-center/resources/book/chapter4b