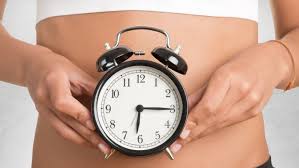 Everyone knows that egg quality declines as women get older, and their chances of getting pregnant drop. This is why women who want to pursue a career are in a quandary. Should they defer child bearing, because they want to become the CEO? Or should they get pregnant, put their career on hold, and then maybe pursue a career later on after their children have grown up?

Many Indian women are aware of the fact that egg freezing allows them to have their cake and eat it too, because they can freeze their eggs when they're young , without taking a break in their career, and use these frozen eggs to have a healthy baby once they've reached their professional goals
Because this option is so valuable in empowering women to exercise their reproductive options, progressive companies like Google and Facebook are happy to offer egg freezing free for their employees, so they can retain them.

Tragically, Indian women aren't still doing this routinely, even though egg freezing is so much cheaper in India. I think this is partly because they overestimate the success rate with IVF, and don't realize that the chances of getting pregnant with IVF when you're 40 years old are poor.

This ignorance proves to be expensive, and they often end up kicking themselves for not being more proactive when they were younger !