It is safe to take antibiotics after the embryo transfer - Find out how and why ? 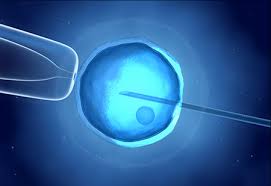 Many women are petrified that if they do something wrong after their embryos transfer (during the two-week wait), they will end up harming their embryos and damaging them. This is why some of them will take leave from work and stay at home; while others will fret and fume about whether they are allowed to take any medicines at all after the transfer.

This is a perfectly logical concern. After all, we all know about the harm which drugs can do to the embryo when a woman is pregnant; and we all know that there are lots of medicines that are unsafe for a pregnant woman to take. It makes sense to apply exactly the same logic after the embryo transfer, doesn't it?

Isn't it dangerous for women to be taking these medicines after the transfer because they could either result in birth defects or harm the embryo in some other way? Isn't it true that the embryo is very fragile and is liable to be harmed by these powerful medicines?

Read more- What precautions should I take after the embryo transfer?

The reality is that it's perfectly safe for a woman to take any drug after the embryo transfer, during the two-week wait, before the hCG test is positive. While this may not seem very intuitive, it makes sense if you think about it. When fertile women have sex in their bedroom, their doctors don't stop them from taking any medicines even if they have had intercourse during their fertile period, and may potentially be pregnant.

If it's safe for women to takes these medicines if they have created an embryo in vivo, then it's logical that it's safe for them to take these even if the embryos have been made in vitro. After all, just having an embryo transfer cannot change the effect of the medicines on the embryo!

The reason for this is that before the pregnancy test is positive, the embryo has still not established a blood supply from the maternal circulation. This means that the levels of drug which the mother consumes which end up actually reaching the embryo are so small, that it's not likely to cause any harm at all.

I hope this will help to reassure women that in case they get a fever and need to take an antibiotic or an antimalarial after the embryo transfer, that it's perfectly safe for them to do so, and they don't need to worry about harming their embryos.