Why transferring one embryo at a time is the best option for IVF patients ! 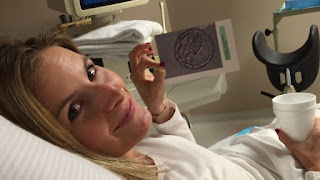 Patients are often confused as to how many embryos to transfer, especially when they have three or four top quality blastocysts. Many of them want the doctor to put back more embryos, in order to maximize their chance of getting pregnant in the first cycle itself.
This may be tempting, and while it is true that putting two embryos back will increase the chances as compared to transferring just one in that single cycle, this comparison can be very misleading.
Thus , putting back more than two embryos, especially when these are top-quality blastocysts, is a bad idea because of the risk of high-order multiples or triplets, which can cause a lot of problems for the babies, and is not advisable.
Even when compare one vs two, you should be measuring a "cumulative pregnancy rate," and not just the rate for one cycle. If you put two embryos back in one cycle, and you don't get pregnant, then you've lost both, and will have to start a new fresh cycle, which is expensive. On the other hand, if you put one at a time, even if the first cycle fails, you still have the second frozen embryos as a backup, and transferring frozen embryos is much less expensive !
This is why patients should think about cumulative pregnancy rates over multiple cycles, as compared to the pregnancy rate in only a single cycle !