What is GIFT ( gamete intrafallopian transfer) ?
What are the basic steps of GIFT
How do GIFT and IVF compare ?
What is ZIFT ? 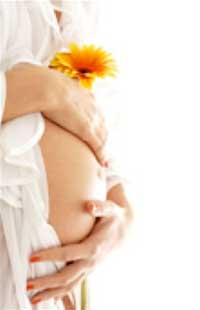 What is GIFT ( gamete intrafallopian transfer) ?

GIFT stands for gamete intrafallopian transfer , and this used to be a popular alternative to IVF in the past. A gamete is a male or female sex cell - a sperm, or an egg. During GIFT, sperm and eggs are mixed and injected into one or both fallopian tubes. After the gametes have been transferred, fertilization can take place in the fallopian tube as it does in natural, unassisted reproduction. Once fertilized, the embryo travels to the uterus by natural processes.

As in IVF, a GIFT treatment cycle begins with ovulation enhancement which is followed by egg harvest, usually by means of laparoscopy. But the similarity to IVF ends here. In IVF, an embryo is transferred. In GIFT, gametes are transferred.

Only patients with at least one normal, healthy fallopian tube are candidates for GIFT. These include women who have unexplained infertility or mild endometriosis and couples whose infertility results from male, cervical, or immunological factors.Some doctors recommend that couples with male factor infertility proceed with GIFT only if it has been proven that the man's sperm can fertilize the woman's egg either by in vitro fertilization or by past pregnancies.

Fig 1. Eggs and sperm being transferred into the fallopian tube during a GIFT procedure

What are the basic steps of GIFT ?

The Basic Steps of GIFT

The basic steps of GIFT are superovulation , egg harvest, insemination, and gamete transfer. The eggs are usually harvested during laparoscopy. During this same laparoscopy procedure, which takes about an hour , eggs are mixed with sperm and the gametes are transferred.

The harvested eggs are examined under the microscope and graded for maturity. The selected eggs are placed in individual dishes and combined with sperm (insemination). The sperm are prepared in advance in the same manner as for IVF. Some doctors prefer to allow the dishes to sit for about 10 minutes before the transfer, since during this period the sperm adhere to the zona pellucida of each egg. Many programs load eggs and sperm individually into a catheter and inject them into one or both of the fallopian tubes.

The sperm egg mixture is loaded into a specially designed catheter . This is then directed into the fallopian tube(s) through their fimbrial opening while looking through the laparoscopy. Up to four eggs and sperm may be injected into one or both tubes. Gametes will be transferred only if the fallopian tubes appear healthy. If the surgeon determines that the tubes are unhealthy, IVF should be attempted instead. For this reason, GIFT should be undertaken only at facilities that have the capability to do IVF.

Specialists generally agree that pregnancy rates are higher for GIFT than for IVF- in fact, GIFT is about twice as successful as IVF. In part, this may be due to the type of patient accepted into GIFT programs. It may also be because the in vivo tubal environment is more "physiologic " for the gametes and embryo than the in vitro environment.

The advantages of this technique are :

How do GIFT and IVF compare ?

There are several differences between GIFT and IVF. The most important one is that GIFT requires at least one healthy fallopian tube, whereas IVF is appropriate treatment for women with tubal disease or even no fallopian tubes at all. At present, GIFT requires laparoscopy for transfer, while an IVF treatment cycle can be completed without laparoscopy. This is one of the reasons many IVF clinics no longer offer GIFT , even though it offers a higher pregnancy rate - because they do not have easy access to an operation theatre. Ideally, you should opt for treatment in a clinic which offers all the procedures, so that the doctor can select the one which is best for you, depending upon your individual circumstances.

In the case of GIFT, fertilization occurs unobserved inside the body. With IVF, fertilization takes place in a laboratory dish and can be confirmed visually with a microscope. Visual confirmation of fertilization is especially important in cases of male factor or unexplained infertility. To obtain visual confirmation and still have the greater chance of pregnancy afforded by GIFT, one of the variations of GIFT described later (ZIFT, PROST or TET) may be used, to give the patient the benefit of combining the advantages of both the procedures.

A major disadvantage with conventional GIFT is that a surgical procedure - laparoscopy - is needed to transfer the eggs and sperm into the fallopian tube. Recently, a non-surgical method has been described by Dr. Jansen and Anderson from Sydney IVF, Australia, in which the gametes can be transferred into the fallopian tubes through the vagina and cervix under ultrasound guidance. This requires a special set of catheters which allow the doctor to enter the uterine ends of the fallopian tubes through the cervix. Once the catheters have been accurately positioned - and ultrasound can help in this - the gametes are injected into the tubes. Since this does not involve surgery, the benefits to the patient are obvious - less expense, no hospitalization, no scar and no anesthesia. However, the technique does require much more technical expertise and is still being investigated more thoroughly. Also, the pregnancy rates with the method are less than with conventional laparoscopic GIFT.

Variations of GIFT include procedures with names like ZIFT ( ZIFT Video ) , PROST, TET - an alphabetic potpourri ! 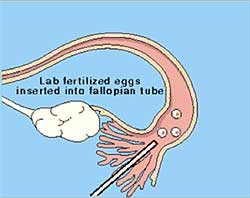 Fig 2. Embryos sperm being transferred into the fallopian tube during a ZIFT procedure

ZIFT, zygote intrafallopian transfer, is also called PROST, which stands for pronuclear stage transfer. When a sperm penetrates an egg, the sperm introduces its nuclear material into the egg. Approximately 14 hours after penetration, two distinct pronuclei, one from the sperm and one from the egg, are visible under the microscope. Pronuclei are taken as indicators that fertilization has occurred. A zygote is a fertilized egg before cell division begins. For ZIFT ( ZIFT Video ) , eggs are removed by transvaginal aspiration and fertilized in a laboratory dish. The next day, when the fertilized eggs have reached the pronuclear stage, the embryos are transferred to the fallopian tubes during laparoscopy.

Approximately 24 hours after a fertilized egg reaches the pronuclear stage, it divides for the first time and becomes a two cell embryo. This cell division is called cleavage. It is at this stage or later that TET, tubal embryo transfer, may be attempted. The fertilized and dividing egg (early cleavage stage embryo) is transferred to the fallopian tube during laparoscopy.

PROST, ZIFT, and TET differ from GIFT in that fertilization takes place in a laboratory dish instead of the fallopian tube. Moreover, they differ from IVF in that the fertilized egg is transferred to the fallopian tube instead of to the uterus. They offer the best of both IVF and GIFT - documentation of fertilization in vitro; and higher pregnancy rates because of tubal transfer. However, the cost of ZIFT, PROST, or TET is usually greater than IVF or GIFT