The Male Reproductive System. All About Sperm and Testosterone

What happens during ejaculation ?
How does testosterone affect male fertility ?

What happens during ejaculation ?

During ejaculation, the epididymis and vas deferens muscles contract to propel the sperm into the ejaculatory duct. Here the sperm is joined with the secretions of the seminal vesicles and prostate gland (which contribute the bulk of the seminal fluid) to form the semen. The powerful muscles surrounding the base of the urethra then cause the semen to squirt out of the penis at the time of orgasm. Semen and urine never mix in a healthy male (even though the final passage for both is common) because the bladder sphincter muscle contracts during sexual stimulation, thus closing down the exit from the bladder to the urethra during ejaculation - preventing urine from leaking forward out of the bladder during sex and also preventing semen from accidentally going backward into the bladder.

During ejaculation, about one teaspoon of semen spurts out of the penis. Semen is a milky white color, the consistency of egg white. Sperm account for only about 2 to 3% of semen. Most of it consists of seminal fluid - the secretion of the seminal vesicles and the prostate gland, which provide a vehicle for the sperm into the vagina.

A normal ejaculation contains 200 to 500 million sperm. How can so many sperm fit into only a teaspoon of semen ? Simple - sperm are very tiny. If one average ejaculation filled an Olympic size swimming pool, each sperm cell would still be smaller than a goldfish. Sperms are the smallest living cells in the human body - and the egg the largest. Basically, sperms are designed so that they can deliver their contents - the male genetic material - to the egg. This is why they are designed like projectiles - the male DNA is in the chromosomes in the sperm head nucleus, and the tail propels the sperm up towards the egg.

Sperm are also very fragile. Men make so many because very few survive the swim through the female reproductive system to fertilize an egg. Perhaps the reason for this is an evolutionary hangover . Female fish deposit eggs on the sea-bed . This is why male fish need to produce millions of sperm which are sprayed into the sea water where millions will be wasted in order to ensure that some reach the eggs. 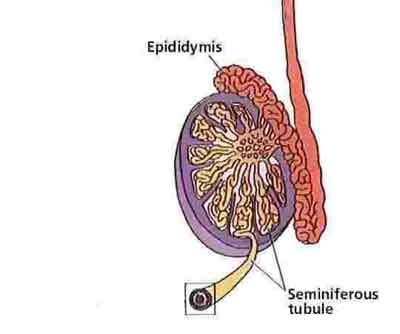 Figure 5. A section through the testis and epididymis

How does testosterone affect male fertility ?

The Role of Testosterone

As already mentioned, the main male sex hormone is testosterone and this is made by the testicles, starting at puberty. Testosterone is produced by specialized cells in the testis called the Leydig cells. These are stimulated to release testosterone in response to the LH signal from the pituitary . LH is luteinizing hormone - the same hormone found in women.

In addition to testosterone, the production and maturation of sperm in the seminiferous tubules of the testis is stimulated by FSH produced by the pituitary gland - and this FSH is identical to that found in women. FSH acts on the Sertoli cells to cause them to secrete androgen-binding protein, which binds testosterone and facilitates its action on sperm production. The Sertoli cells also produce growth factors such as SGF (seminiferous growth factor) which help to regulate spermatogenesis.

Testosterone does more than just allow men to make sperm. It also triggers the growth of facial hair, the deepening of men's voices, and the development of a male physique - all the changes which make boys into men. Testosterone is also important in creating desire for sex - it increases libido.