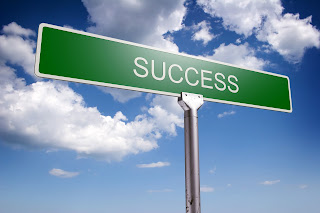 We are a couple from Mumbai who were trying to become parents after 2 years of our marriage (2007). But when it did not happen , we went to a General Gynaecologist. Gynac tried couple of things and prescribed medicines , but still no success , even after 4 months of doing ultrasounds and blood tests reports, all of which were normal. The doctor then suggested laparoscopy to see whether the tubes were open or not. We wondered that if medical science has advanced so much, why is there a requirement of laparoscopy just to find out if the tubes are open or closed, as were reluctant to undergo surgery. We took a second opinion from another lady doctor who sits in a bigger hospital. She told us to go through HSG test. HSG is a painful test but still far better approach to investigate tube related issues. HSG results showed that both tubes were blocked at the fimbrial ends. We were very disappointed that time and doctor suggested two options, 1) To go for surgical removal of blockage in tubes 2) IVF.

IVF is still something most patients in India are scared of , because it is believed that this requires lots of money and success rate is very low. So I started searching the internet and found Dr Malpani's blogs. We filled in the free second opinion form and started our online consultation with him. We did not think that a reply will come so quickly , but it came on the very same day. Dr Malpani suggested we do IVF , because according him there was no way of getting the tubes repaired through laparoscopy. But we were not so convinced at that time and took an appointment with another senior laparoscopic surgeon doctor in a big hospital. She was good and patiently listened to our history. She suggested to try at least once for laparoscopy before going for IVF , and we agreed to that. Laparoscopy was done on Feb 2011 and we told that there was some TB infection in the abdomen. But still the doctor said that she had opened one tube and that after AKT ( antiTB treatment) we could try natural conception.

So we took 9 months of AKT(medicines for TB) from another senior doctor (there we did the mistake of not taking any second opinion ) even though all the tests ( including culture tests ) were found negative .

After 9 months AKT was completed in November 2011 we started natural conception and tried three cycles with follicular monitoring , but with no luck again. Then Doctor suggested to do HSG test again to find if tubes were still blocked or not ; and the HSG test result again showed that both tubes were blocked. Now there was only one option and that was IVF. It took us almost 2 years to figure out what approach we should follow ; and then we remembered the reply from Dr Malpani two years back when he had already suggested IVF at that time.

So in April 2012 we visited few IVF doctors near our area. We were also in touch with Dr Malpani through his well designed website. But we found that most Doctors were insisting that we do a laparoscopy before doing IVF for removal of the blocked tubes. Also , they suggested we take bed rest during IVF ; and they also wanted to prescribe painful oily injections after embryo transfer. We were not convinced and decided to visit Dr Malpani's clinic , even though it was very far from our residence.

After our first meeting , we felt so satisfied and knowledgeable about IVF that we decided to start the IVF cycle in Dr Malpani's Clinic only. Dr Malpani has a very good approach and I think all doctors in India must learn how to behave and talk with their patients and to give proper attention and time to them. Most importantly, Dr Malpani tries to explain every technical detail and to teach his patients. That is really missing in India with other doctors.

So we started IVF cycle in August 2012 and egg collection was done. Everything was going well till the time of egg collection . There were 19 eggs collected ; out of which 9 were got fertilised with 6 of them being in Grade A. We were happy and sure that at least we will have three cycles in hand now.

But the doctor informed us that the endometrial thickness was only 6mm and not suitable for transferring embryos . We felt sad, helpless and shocked. We also thought that might be the only option left is surrogacy. We decided to freeze all our embryos.

We also started few medicines to improve uterus lining ( progynova), but still the lining did not improve much. Then Dr Malpani tried with Growth Factor , but it only improved to 7 mm. We decided to go ahead with the transfer because there was no guarantee that the uterus lining would ever improve in the future either - and we already tried all the medicines.

So Dr Malpani transferred three best quality embryos in the frozen cycle in mid October - and we had to endure the long 2ww to get to know beta HCG results.

We were so tensed that I took two days leave from office at the time of the beta-hcg blood test - and to our joy and pleasure, it came back positive ! We were really excited. My wife is now 3 months pregnant, and we are really very happy.

I would like to thank Dr Malpani for his prompt responses through mails. I also would like to tell all couples with infertility issues to take at least two - three doctors opinion; and also to start learning by themselves , though internet and all other mediums , so that you will be in a better position to take the right decision . Never give up your HOPE.

Article is been featured from our official infertility blog, to know more click here